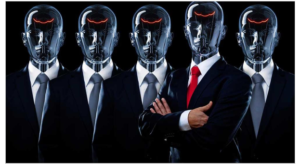 The world of angel investors interested in technology and cloud-computing start-ups is populated by various people ranging from former programmers to salesmen and saleswomen who have discovered the huge potential of IT industry. Many of these people were on the cover pages of Forbes, Fortune and other business magazines but we tried to present you with a list not of the richest or most “influential” technology angel investors but with a list of those who boast most diversified portfolios and who also tend to invest in cloud-computing start-ups.

Ron Conway is an indisputable leader among American angel investor who made fortune investing in companies like Google, PayPal and Ask Jeeves during their early development stages. Actually, he can  be described as “a super angel”, one of those angel investors who accumulated enough resources and knowledge to lead the pack in a highly competitive environment where everybody is in desperate search of the next “Big Think” like Google. His approach to investment is quite exotic with organizing cocktail parties where politicians and sportspeople are being persuaded to invest in technology start-ups.
His invested in hundreds tech start-ups and, recently, in cloud computing companies and over 190 angel investments by Conway are more or less public. His cloud computing investments include start-ups like dotCloud, Sharethrough, Digg, and many others.

Paul Graham is Y-Combinator’s co-founder and one of the prominent angel investors in the past decade. He started his career as a programmer, working on Lisp a computer programming language used widely a decade ago. He has invested in over a hundred tech start-ups with companies like Scribd, Reddit, and Loopt attracting Graham’s interest. Other investments of Paul Graham include FanChatter and Heyzap while Graham is considered one of the most active angel investors in Silicon Valley.

Aydin Senkut has entered the market for angel investment less than a decade ago but since then he managed to build an impressive portfolio comprising more than 60 investments in various tech start-ups. He has financed cloud computing start-ups like Meraki, Webs.com, and Weebly while other angel investments Senkut include companies like ContextLogic, Nowmoc, Trivop, and Rapleaf.

Esther Dyson, the daughter of famous professor Freeman Dyson, has angel investments in about 60 tech start-ups while her interest in aviation and space-related companies is well known in the financial world. Her most successful investments include Flickr and del.icio.us as well as Yandex, the leading Russian search company which performs better than Google in the regional market.
Cloud-related start-ups financed by Dyson include companies like Wee Web, GoodData and eCourier.co.uk.

Marc Andreessen co-founded Netscape and served as Chief Technology Officer of AOL after AOL acquired the company behind the once famous web browser Netscape Navigator, which in turn borrowed some elements from Mosaic, a product developed at National Center for Supercomputing Applications. Andreessen has invested in various tech start-ups, including ExtraHop Networks,  GoodData, Asana, and SocialMedia.com. Companies like Twitter, Scribd and Digg are also included in Andreessen’s portfolio of 53 tech companies.

Jeff Clavier invests primarily in Web 2.0 start-ups through SoftTech VC, a venture capital firm he founded in Palo Alto, California. Cloud computing start-ups based in Europe should be aware that he invest mainly in Silicon Valley start-ups and is among the angel investors that are very interested in social media both as a medium and an investment opportunity.
His investments include companies like SocialMedia.com, Grouply, Mashery, Rapleaf, Edgeio, and Loomia.