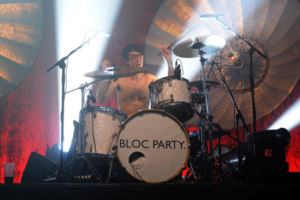 You may have heard of Apple’s iCloud, the Amazon Cloud Player and Google Music Beta, remote music storage services for smartphones, laptops and desktop computers. Rdio is another such service, lesser known but at least equally connected, and with one major advantage over its competitors.

Founded by the creators of Skype and KaZaa, Rdio has recently signed deals with Verizon and Telus to make the cloud service an optional feature for telecom clients. There’s a rumour that Rdio is going to be integrated into Facebook, which would be a bonus for the music-free social network and a coup for Rdio.

But for now, Rdio’s claim to fame is that it’s the only service of its kind available in Canada. Canadian laws – and, presumably, the fact that Canada is a smaller market – have kept the other companies at bay, at least initially. Apple, which has already announced plans to launch iCloud in the U.K. next year, will probably come around, as it’s the only company in the music-cloud market to have inked deals with the four major record labels prior to launching. The rest, Rdio included, are dealing with licensing issues as they come up. But if you’re wondering whether Rdio is the Netflix of music clouds, its Canadian library a shadow of its American counterpart, the answer is thankfully no.

For a monthly flat-rate of either $5 (web only) or $10 (web and mobile), users have access to a collection of roughly 10 million streaming songs, which you can cache for offline use (on your desktop Rdio or app), with no limits on the number of plays. Rdio will match your iTunes collection, importing all the music you already own – and that it has legal access to – to your music locker in the sky.

Somehow, it imported my obscure Québécois electro-pop (Automelodi), but not my Polaris Prize-nominated Acadian hip hop (Radio Radio); it recognized the first album by underrated 90s Britpop band Marion, but not the second, which was an import; every album by Montreal’s top Morrissey-inspired band, The Dears, is there; sadly, their female, West Coast counterparts, Vancouver’s The Organ, is marked “Not Available.”

What Rdio recognizes in your iTunes corresponds directly to the contents of its own library, and clearly it’s not an issue of indie vs. major or popular vs. obscure. You can add the soundtrack to the original Tron movie, by avant-garde classical composer  Wendy Carlos, but if you want Arcade Fire’s Grammy/Brit/Juno-winning 2010 album The Suburbs, no dice.

Rdio doesn’t expect you to do it all yourself. You can see lists of new releases, most popular Rdio albums and recommendations based on your collection. You can also build playlists and see other people’s playlists, and “follow” and be followed by other subscribers who appreciate your “Awesome Mixtape #6.”

If this sounds nearly too good to be true, be warned that Rdio has its kinks, from minor (the music player stalled and the search engine timed out, a couple of times apiece) to major (when I first subscribed, all the music was marked “preview only,” a succession of 30-second clips). The former was likely a fluke, possibly an Internet hiccup, whereas the latter was a major glitch, albeit one that was resolved after a few email exchanges with Rdio’s friendly tech support.

So, 10 million songs for pocket change, even with the occasional glitch? I’d say it’s more worthwhile than Netflix, and I’m subscribed to that too.

Lorraine has been a professional music journalist for over a decade. She is the Founder and Editor of the Montreal culture publication CultMontreal. She has contributed to a number of print publications and websites, including Under the Radar, Vice Magazine, Exclaim, CBC Radio 3 and DailyXY.