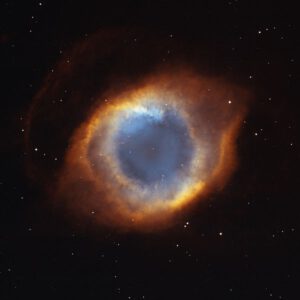 To Join The Search For The God Particle

Ever since the Large Hadron Collider (LHC), the world’s largest and highest-energy particle accelerator, went active in 2008, speculation has been rife that the elusive Higgs boson, a hypothetical elementary particle that should explain why fundamental particles have mass, will finally be discovered. The Higgs boson has earned the sobriquet the “God Particle” and European Organization for Nuclear Research (CERN) effort to discover it has gained worldwide attention. Now, cloud computing is expected to do its part.ource: Wikipedia

A new pan-European initiative involving 18 companies and research organizations has been launched to develop a cloud computing platform to tackle Man’s biggest scientific challenges, including the search for the God Particle. This platform will be called the “Helix Nebula – the Science Cloud”, after the large planetary nebula sometimes referred to as the Eye of God.

The ability to process large amounts of data at low cost is what makes cloud computing an attractive proposition for CERN. This feature has enabled Amazon to make a supercomputer using that is much cheaper to operate than its peers and allowed Dell to contribute to cancer research.

“CERN’s computing capacity needs to keep up with the enormous amount of data coming from the Large Hadron Collider and we see Helix Nebula – the Science Cloud as a great way of working with industry to meet this challenge,” said Frédéric Hemmer, head of CERN’s IT department.

This initiative was first outlined by European Commission vice-president Neelie Kroes in January 2012, who had remarked on the growing cloud computing industry, “The cloud market will grow, bringing opportunities for existing suppliers and new entrants, and cloud buyers, including the public sector, will buy more with less and become more efficient.” In some way, this is a return home for cloud computing. CERN played a major role in the development of the Internet, and as we all know, the Internet played a major role in the development of cloud computing.

Particle physics is not the only field that the Helix Nebula will demonstrate its capability – the European Molecular Biology Laboratory (EMBL) is also one of the three test cases where it will play a significant role. “The quantities of genomic sequence data are vast and the needs for high performance computing infrastructures and bioinformatics expertise to analyze these data pose a challenge for many laboratories,” said Rupert Lueck, head of IT services at EMBL.

Finally, the Helix Nebula will also be used to create an Earth observation platform focusing on earthquake and volcano research. The European Space Agency (ESA), the Centre National d’Etudes Spatiales in France, the German Aerospace Center and the National Research Council in Italy will work together on this project.