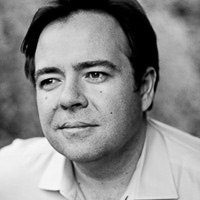 The cloud has radically shifted the definition of software since the early days of computing, when it was once generally thought of as a program that came to us on a disc. The disc would transfer the program to our computer through an arcane process of whirling motors and moving magnets or lasers. Then as time went by, the physical medium was replaced by downloadable software. But, at the end of the day, you’d still have a running application that lived on your computer, and you owned it forever. For a company, this was important because the software became an asset, and the cost of the software was easily worked into the IT budget.

Today, with improved infrastructure and faster connection speeds, we’ve seen a fundamental shift in software delivery, which we now refer to as Software-as-a-Service (SaaS). No downloads or discs are needed. The application runs through a browser client, and since you’re running the software from the publisher’s servers, every new feature they role out is immediately available to you. For companies, this means instant scalability, the ability to be up and running in minutes and without the need for in-house storage, downloads or discs. The variable cost model that most SaaS applications use, however, make it difficult to know how much it will cost a company in the long-run, which significantly affects accounting and the overall IT budget.

It’s no secret that SaaS has been gaining traction in recent years – but there have been hesitations along the way. The variable cost model that most SaaS applications use make it difficult to know how much it will cost company in the long-run, which significantly affects the accounting department and overall IT budget. IT managers have also found it difficult to accept software that they can’t configure, and folks all up and down the corporate ladder have cringed at the idea that their application data would be housed on a third-party server.

According to the 2012 Cloud Computing Survey from North Bridge, it seems these fears are abating, at last. SaaS is now growing 6X faster than any other form of software, and it is by far the most common type of cloud computing used among businesses of all sizes.  According to the survey of 785 respondents, most of who are CxO, IT or LOB, 82% indicate that they’re using SaaS products right now. What’s more, 55% of CIOs surveyed said that they’ll be spending more on SaaS in 2012 than they did in 2011.  We’re witnessing an important change in the definition of “software”. Installing upgrades is becoming an outdated concept.  Where software used to be something that a company owned, it is fast becoming something that a company uses. The definition of software no longer fits nicely as a line-item in a ledger. It’s fundamentally changed from an asset to a utility.

If the definition of software and the way it is purchased has changed so radically, then there is a very clear and urgent need for corporate economics to follow suit, and fast. Cost has remained a chief consideration both for AND against the adoption of the cloud since the beginning. But while the geeks have been quick to adapt to solutions that work better for the organization, the accounting departments have been left in the dust, scratching their heads without an excel formula to prove that it’s worth the investment.

Things will only get more complicated for organizations that don’t integrate reliable cloud cost management into their proprietary accounting systems. According to our internal data, 86% of companies are using not one, but multiple cloud services at once, including all of their SaaS, PaaS, and IaaS. That’s a lot of variable for the folks upstairs cramming numbers and balancing ledgers.

So while the IT teams and CXOs jump up and down at the cloud’s growth and improved sentiment, remember that this exciting shift must also align with overall business operations and accounting if we want to convince the naysayers to get their heads in the cloud at last.

Mat is CEO and co-founder of Cloudability, the first and only financial management tool for monitoring and analyzing every cloud expense across any organization. Cloudability helps business manage and monitor all of their cloud accounts, reduce waste and identify opportunities for savings on the cloud. As a hands-on executive with over 20 years experience scaling and designing fast growing web products, Ellis spent the 90s working with companies including Goldman Sachs and Pepsi-Cola.  He has held executive positions with four startups since 2000, three of which were acquired. The fourth, Adknowledge, now bills itself as the largest privately held ad network in the world.