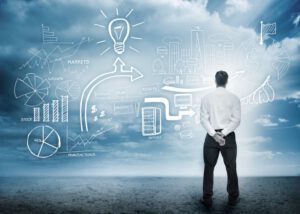 Open Source and the Cloud – Working Together

Open Source and the cloud

When cloud computing was in its very early stages there were very mixed views as to what it would bring to the future of the IT industry. The industry was divided between the proponents of the positive and negative outcomes of cloud computing. This reaction was very much the same when open source was first introduced.

We all know how things panned out for cloud computing. Spoiler alert, it got embraced by the industry and is now seen as the future of the business world. Though it looks to be smooth sailing for cloud computing for at least the foreseeable future, let us check out some similarities that cloud computing shares with open source software.

1. Cloud computing is very accessible. Just like open source software which can be downloaded and used without any problems as long as you stick with doing what the license says, cloud computing also brings accessibility. But before that, do you remember why software piracy became rampant in the first place? No? Well it was because proprietary software was very hard to acquire back then. Everything had to be paid, even developer copies required payment of some sort and no one would be able to get one unless they would talk to a sales representative. Now here comes open source alternatives to those software which anyone can just download and use, for free instantly so this garnered open source preference among developers. Cloud computing is cheaper.

2. As noted above, software vendors tend to go overboard with developer copies of proprietary software. And here comes open source which just didn’t cost less, it is actually free. Now, most cloud computing services come at a price, but compared to getting a similar service using traditional networking, it would be very prohibitive because of the costs, which includes the hardware, its installation, and the installation of related software in workstations. But cloud computing evens out the playing field between large and small businesses by giving access to small business applications and services that large companies enjoy at a very affordable price because they only pay for what little they use and use it immediately without the need for time consuming installations. Plus most cloud applications are web-based so all you basically need is a web browser to be able to access the application from virtually anywhere.

3. Cloud computing promotes experimentation and innovation. Because proprietary software is expensive and support for it can only be given by the vendor, people tended to be fearful in making changes or switching to other technologies. But with open source software, there is virtually no fee and support for it is being provided by a whole community of like-minded developers and innovators, so it actually becomes better. This allows for more experimentation with other open source software because there is no great cost to changing or shifting from the old software. This is also true for cloud computing. As the costs are low and installations are hassle-free, organizations tend to experiment with different combinations of services which could somehow promote innovation. Because the prospect of developing something new for people to try with just a few dollars, this will really foster further innovation in cloud computing.

4. Lowers the cost of uncertainty. With proprietary software, organizations become conservative when implementing for the long run as they need to be sure how the investment would stay with the company and how it will grow with the user base. Open source sort of removed this uncertainty because if ever more software is required, it can just be added without much cost, probably only for training and installation. Cloud computing follows this track because of its scalability. You can start off with very little need and very little costs and scale that upwards as the need arrives. Even if one application may no longer support new processes, the organization can simply avail of other services. This ensures that uncertainty is kept at a minimum.

5. The cloud gives the same challenge to the industry that open source did. As open source changed the way that the industry interacts with software, for example talking bugs with a community of other developers rather than calling the vendor’s help desk. We also had to accept that not all open source software may be as polished or compatible as with proprietary ones, but they simply need a little tweak, nothing hundreds of developers around the world cannot solve. Cloud computing is certainly following in the shoes of open source. The problem now is if organizations are willing to go through the troubles of changing how they do things. Change is certainly one of the most intimidating things around.

So there you have it. Cloud computing is changing the way we go about our business and interact with customers, just like what open source did for those same organizations and the developers around the world. Are you ready to embrace this change? I know I am.