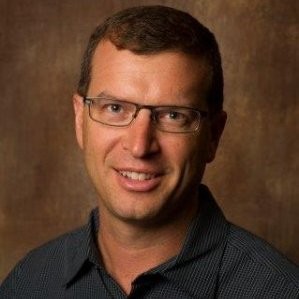 With cloud-based testing, all running of test cases, defect reporting and other testing operations takes place in the cloud (either the firm’s own private cloud or a hosted cloud). Cloud-based testing facilitates communication and collaboration between geographically dispersed engineers and users. It also enables companies to hire contract engineers without giving them access to the internal network, as all permissions and access are negotiated through the remote data center’s security architecture. Using a cloud framework sharply reduces the risk of testing impacting a company’s production environment and inadvertent data contamination.

Although the benefits of cloud-based software testing are significant, the cost to develop such a framework is considerable. A more affordable alternative is cloud-based testing on demand (which we’ll call Testing as a Service, or TaaS), using a third-party entity that builds the test framework at its data center and provides professionally trained, seasoned testers and/or automated tools for testing, defect reporting, and other important functions.

With this approach, companies can eliminate the expense of both on-premise and cloud-based testing frameworks, and move what is normally a capital expense to an operating expense. TaaS solutions are generally sold in increments, such as 24-hours, so companies need to purchase only as much testing assistance as they require.

Who Benefits from TaaS?

While cloud testing is fundamental to any software that will have a cloud-based model, it is equally valuable for applications that will be delivered over any network connection. Some types of testing most appropriate for a cloud-based environment include:

Cloud-Specific Testing: Tests such as browser performance, latency (lag time before response to an action), and Web services (how well an application interacts with Internet components) are far easier to perform in their native environment.

OS Compatibility Testing: Compatibility testing determines if an application can run on various operating systems. The scalability of the cloud makes it perfect for hosting operating environments that are only needed for a short period.

Functional Testing: All software must be tested to confirm that it meets functional specifications. A cloud environment provides the speed and scalability to perform such tests for both cloud-delivered and traditional software quickly and efficiently.

Load Testing: Test engineers or tools can create heavy traffic loads and measure the application’s performance. In a traditional testing environment, load test environments are usually simulated or approximated due to costs. Thus in-house testers may skip them due to the expense of building out a sufficient ecosystem for load testing.

Performance Testing: Testing performance and eliminating bottlenecks is a vital step in preparing an application for live use. Using a cloud-based framework makes it much easier and less expensive to generate a wide variety of performance scenarios, including those with users dispersed across the globe.

With TaaS, the focus is on the deliverable and the importance of achieving ROI as expediently as possible without sacrificing quality. This method incorporates the best practices of current-generation testing methodologies but eliminates processes that are not necessary or appropriate for successful project completion.

Furthermore, use of a third-party entity can provide companies with valuable insights in-house developers and users might miss. Firms using TaaS can reduce their software testing costs by up to 50% while increasing stability, security and overall quality of the finished product.