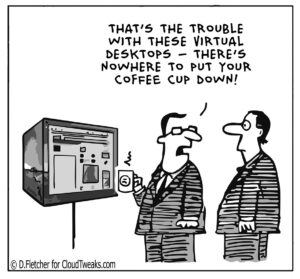 The Cloud Is Killing The PC, And Giving It New Life

The Cloud Is Killing The PC

For several months we have been hearing about the imminent demise of the Personal Computer. After all, new computer sales dipped 14% last year, so surely the industry must be doomed, Doomed, DOOMED!

The personal computer industry has certainly slumped, but these are dynamic companies. It is probably unwise to write them off because of a slump. Looking at the reasons for the slump is instructive. Some believe that the market is being lost to mobile and cloud applications. This school of thought holds that the newer, smaller, and faster technology has rendered the PC obsolete.

No Reason To Upgrade In Today’s Economy

One of the most popular theories is that the personal computer industry is slumping because the rest of the economy is slumping. There is certainly merit to this assumption. In some ways, the personal computer industry has made itself redundant. Gamers, professional video editors, and computer scientists want and need the latest and fastest machines. The average computer user wants to check email, update their social media, input sales data or other spreadsheet type application at work, and maybe play a few hands of solitaire while the boss is looking the other way.

Unfortunately for computer manufacturers, five year old processors are more than able to do the job. In the past, new computer sales were driven by the need to upgrade hardware to keep up with the newest applications. The “Killer App” phenomena has always been a driver of technology sales. The current Killer App is the Cloud, and for now, the Cloud does not need a new personal computer to be useful.

Part of the wonder of Cloud computing is that most of the actual computing, processing and storage, takes place “in the Cloud”. This means the end user enjoys better and more up to date services without the need to continually upgrade hardware. This is bad news for companies which depend upon sales of new computers.

Another factor thought to be eating away at traditional PC’s is the rise of touchscreen mobile devices. Touching and swiping seem to be a more elegant way to interface than being tied to an old fashioned, clunky keyboard and mouse. Mobile devices are also a terrific way to interface with Cloud applications- their small size and relatively limited storage often require an Internet Cloud connection for maximum usefulness.

Is Bill Gates dream of a Windows PC on every desk top in the world becoming a thing of the past? Probably not. Although sales are slumping, the personal computer will remain an important tool for work, entertainment, and communication. Granted, most of the things that are done on a desktop personal computer can also be done on an inexpensive smartphone. As slick as a touch screen seems, for many important applications, the PC can be a more efficient interface.