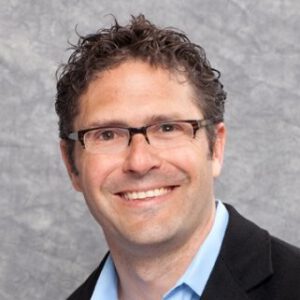 I came across an interesting survey the other day that details public cloud usage from the folks at the Everest Group. Their report provides a really great snapshot on the state of cloud adoption – both public and private. After reading the report and reflecting on the data, it had me asking: Is Microsoft winning the public cloud war?

Now before you jump right to the comments section to tell me just how delusional or what a Microsoft homer I am, hear me out.

First, it should be pointed out that the Everest Group confirms what many others have observed. That users still prefer private clouds to public clouds – by roughly 2 to 1. So if we were judging who is leading the race to the cloud, it would have to be all those organizations that are transforming their static data centers into elastic and dynamic clouds.

Admittedly, as a story, that does not have the same appeal as watching someone get voted off the island.

We all know you can measure momentum through a variety of different mechanisms – including market and mindshare. Market share provides a snapshot of who is winning today, and mindshare provides a measure of who is poised to grab the lead in the future. When I parse the data from the Everest Group report and compare use with awareness, I see two very different pictures.

The first chart demonstrates what everyone already knows, that the public cloud is dominated by Amazon Web Services (AWS).

So, what can we conclude from this? Is Microsoft losing the battle but winning the war? Is this ‘awareness gap’ a function of the millions of marketing and advertising dollars Microsoft is spending on Azure (versus the word of mouth viral marketing approach being employed by AWS)? Will the Azure mindshare translate into actual spending and market share gains from Azure in the coming years?

It’s this last question that, as a marketer, interests me the most.

Over the last decade there has been a revolution quietly occurring. Gone are days when new segment-defining products and services could only be launched with massive marketing and advertising budgets. For start-ups creating new markets, success is predicated on digital marketing initiatives, viral adoption and making it easy for people to consume and use your product. Those that follow these market segment-defining companies have to play a very different, and much more expensive, game.

That above everything else I suspect is what’s behind the ‘awareness gap’ seen in the Everest report. While AWS has been getting their product into the hands of people who, in turn, have used it to build new, innovative and interesting businesses (Zynga, Foursquare, Dropbox to name a few), Microsoft, has been playing the long game by focusing on its branding and advertising as a means to saturate the market and create an impression of inevitability.

And while Microsoft has not released numbers, they’ve left some clues that suggest the strategy is building some momentum.

And Now Back to Private Cloud

To bring the discussion full circle, the Everest Group survey found that 70% of responders want to run financial applications and ERP in a private cloud setting, 60% want their email and collaboration and 55% preferred their custom applications to run in private clouds.

So how do the public cloud wars factor into the mega trend of private cloud? From a marketing perspective, the question is what can public cloud providers do to tap into the massive movement toward private clouds? The answer is tied up in self-service.

The concept of self-service has been building over the last few years. We see it in our gas stations, in our grocery stores and now even in our IT. Increasingly organizations are enabling their employees to design, deploy and manage their own IT solutions. They are exposing them to the costs of those solutions and they are using self-service portals as the mechanism to facilitate those interactions.

The benefits from a customer’s perspective are also particularly clear. Users get a one-stop shop where they can design, deploy, manage and pay for cloud services. Users can choose, based not on technology, but on characteristics like price, service levels, security and compliance capabilities, where they run their workloads.

In this way they develop a cloud strategy. For example, an organization may want to run their test and development workloads on low cost cloud providers, they may decide to run their non-secure production apps on a public provider who meets their service uptime requirements and they may decide to save their compliance and security-sensitive workloads for their private cloud. That is exactly the approach we are seeing more and more organizations beginning to take.

So whether it’s Amazon leading the market share race or Microsoft winning the mindshare battle, the ultimate winner in the public cloud wars will be the one who taps into this move to self-service clouds.

John is the Senior Marketing Director at CA Technologies.

Prior to joining CA Technologies, Humphreys was senior director, Data Center and Cloud Marketing at Citrix Systems. There he drove efforts around virtualization and cloud and had responsibility for developing marketing strategy, defining packaging and pricing, leading program execution, driving customer engagements and pre-sales activity, and acting as a primary spokesperson. Prior to Citrix, Humphreys founded and was vice president of the virtualization practice at IDC, a global information technology research firm.