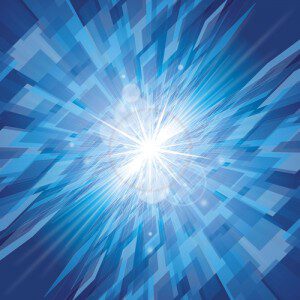 Ever since the dot-com bubble of the late 1990s, the dream (or perhaps more accurately, fantasy) of creating a successful start-up and striking gold on the Internet has continuously drawn in new entrepreneurs seeking both fame and fortune. Constantly looking for a new market to conquer (or create), entrepreneurs tend to be drawn to sectors that are either innovating quicker than anywhere else, or that are lagging sorely behind the times. As cloud computing is incrementally being introduced as a useful technology in classrooms across America, entrepreneurs have begun to flock to education technology start-ups, quickly making it one of the fastest-growing areas of new development in technology as a whole.

The appeal of pursuing a start-up in education software or web services is multifaceted. Aside from the limited amount of existing education technology companies (obviously changing now), many school districts (specifically in urban and suburban areas) are beginning to spend large amounts of money upgrading their classrooms and buildings to make them useful for education in the 21st century. As such, the amount of cash waiting to be spent on new software licenses, hardware, or technology-based learning methods is exponentially larger than it was even a decade ago. This means that there are many more customers and potential buyers for education products, and a much greater chance of succeeding and returning an initial investment by innovating in education.

Another aspect of the appeal of creating a successful start-up in education is the capital to be gained by it, both social and for your business. Assisting in education is a great way for a company or individual to make money while also working toward positive change, a rare opportunity in entrepreneurship given the goals of the venture. The remarkable confluence of factors that have led to education becoming a lucrative arena have also opened up the possibility for companies to improve their image and their outreach by bringing their investments and ideas to the public good. Investments in education can return companies and their investors two-fold, offering an opportunity to make money and to gain valuable customer and public capital by improving their image.

While the course of investor entry and development in education remains very much a murky proposition, the chance to make money and gain good will out of the proposition is very clear. For technology companies looking for a chance to expand their reach and influence outside of the current commercial channels and market segments, education remains an untapped proving ground that can be ripe for expansion if the right company or entrepreneur seizes the opportunity. Already, Google has begun to expand its footprint in educators’ minds significantly, developing new web services and tailoring existing services and products to meet educator and student needs. Products like Google Drive and cheap Chromebooks have vast appeal for teachers and parents of students alike, and as Google sees more success it will become harder and harder for more to resist entering the education spectrum themselves. The expansion we could see in education technology in the coming years could be jaw-dropping.

Adam Hausman draws on an unusual combination of professional and academic experience for his writing. Currently a teacher at Northside College Prep, a magnet school in Chicago, Adam’s academic resume includes a B.A. in English and Psychology from Indiana University, as well as an M.Ed. in Instructional Leadership from the University of Illinois-Chicago. But education is just one passion of Adam’s. On the side, Adam is a fledgling web entrepreneur, working on a number of small start-up projects as a site creator and content editor and contributor. Adam’s experience also includes content work for digital advertising agencies including BGT Partners, Ignite Media and currently CloudTweaks Media, and contracted work for companies like Quintiles. Born and raised in the New York City metro area, Adam currently calls the north side of Chicago home