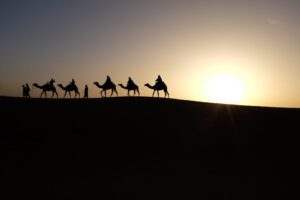 Unfolding The Camel: Problem-Solving In A Multi-Cloud Environment

Problem-solving in a multi-cloud environment

There is an expression that says “a camel is a horse designed by a committee,” which means, of course, that the more people who are involved in a decision-making process, the less the end product resembles its intended objectives. But camels aren’t always designed. Sometimes they simply emerge from their surroundings, growing fatter and more belligerent daily.

IT people encounter these camels all the time. Seldom is a data center built in such a way that every element is clearly defined. In fact most organizations have complex, virtualized systems that have been built up and out, adapting to new trends and needs, moving from open-source to commercial, leaping onto the cloud, and then back in-house again, in short, building a complicated camel that few traditional systems are capable of diagnosing and maintaining. 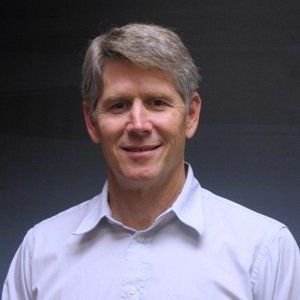 Alan Conley knows this, which is why he sits in the CTO’s chair at Zenoss, a company founded in 2005 to address the challenges of operating and assuring large-scale IT services, and to move away from the “patchwork” model that plagues many organizations.  Conley worked previously as CTO of the Network Management Group at Cisco Systems, where he was responsible for designing strategies for cloud management and next-generation networks. At Zenoss he helps build solutions that basically get to the root of a problem. As their promotional message states, they help clients spend time fixing a problem, rather than spend time trying to find the problem.

Conley points out that IT managers need to fully understand the dependency model currently at play within their system, especially when, or ideally before a failure occurs. Of course, all managers are aware of the need to do this, but too often the management models currently in place lag behind what is actually needed. Real time service is critical.

Companies struggle with problems and dilemmas on a daily basis. For example, the temptation to go with a single cloud provider offers simplicity, yet when so much of what passes through the cloud is mission-critical, the advantages of multi-cloud operation, including the relative security of redundancy, as well as greater opportunity for leverage (especially when it comes to cost) become very appealing. Time to market is everything. Concern about reliability in a heavily virtualized arena goes right to the CEO, who has to make sure IT is not becoming the bottleneck. A highly virtualized infrastructure, different messaging systems, multiple database platforms, Oracle, SQL, the camel just grows bigger and uglier.

But that is the Zenoss sweet spot: monitoring and diagnosing in real time; giving people the much sought-after unified view, a type of holistic service management. As Conley points out, “if you are an enterprise looking at cloud providers, you must understand how the integration of one or more providers is going to interact with the rest of your services. You need a single service catalog.”

Zenoss bridges the gap between “traditional IT monitoring” and operations, and their unified platform can speak to all of them, whether infrastructure, middleware or application layer. It’s like having a personal C3PO, fluent in over six million forms of communication all of which are needed to drive down through the tangle and visually identify root causes and isolate outages. They provide a free basic monitoring and management version, but can then add more value through its enterprise class version, which comes with more bells and whistles such as support and training.

IT has never been simple. But in an age where innovation and change move at an unprecedented rate, and where open source technology competes with branded applications for the end users’ attention and pocketbook, Zenoss appears to stand alone as both an organization and an entity purpose-built to handle the challenges of a modern data centre.