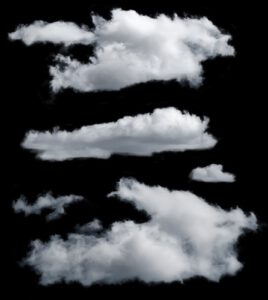 While Not Completely Cloud – Can You Stretch Innovation Too Far?

Can You Stretch Innovation Too Far?

First let me begin by backpedalling. I am a huge Kickstarter and Indiegogo supporter. I believe in the push away from traditional innovation to this newer innovation model. My initial premise is that in fact you have to be careful about the concept of spreading innovation to thin.

There was a time, not that long ago when innovation came from large companies. The market moved slowly but, as many great business books explain if you didn’t watch the trends you would eventually fall out of market leadership and in many cases never rise again. There were of course small companies that burst onto the scene becoming large companies as well. It was a market that was stable to a degree with only the birth and death of some players marking change. It was stable as well in that there was the broad ability to hone and refine core and specific skills working for one of the small startups or for a larger company.

Today you can take that great idea and instead of learning the craft, you can now post it on Kickstarter and get your idea funded. This is intriguing in the broadest sense, spreading innovation out beyond the artificial barriers that were created in the past. But I still have to ask that question that bugs me, can you stretch innovation too far?

First of course you have to buy into a concept, that innovation is finite. If you had asked me two or three years ago, I probably would have said yes it is. But I am beginning to wonder about that. I’ve seen 10 different watches on the two funding sites in the past 12 months. Each of them has unique and interesting features that weren’t available on or with watches in the past.

Back of course to my concept – can innovation be spread too thin, and my initial answer is no it cannot be. But there are other considerations.

Second thing to consider is the what of innovation. What you are innovating can limit the market. There are saturated markets to consider. I would figure after nearly 20 years of cellular phones that the case market would be pretty saturated. That in fact would be wrong, there are a growing number of cases on both funding sites. In fact it is a pretty consistent category month over month. I’ve seen a number of different USB charging solutions pop up recently as well. I would have assumed that USB charging was an area where innovation had been well, beyond saturated. However, in the end I have found net new charging solutions that were frankly quite impressive.

The third and last thing to consider is the market (Total Addressable Market (TAM)) for the product. There have been a number of projects on Kickstarter that have exceeded their funding goals by a significant amount. There are a number of projects that have run afoul of both legal rules (patent and other issues including name infringement) and financial issues (funding acquired but just not allowing for significant change in the manufacturing process). You can search for data on TAM and how to calculate it fairly quickly on the internet.

In the end, innovation is a pretty deep pool. In fact I am happy to say that I would have been wrong in the past believing that the amount of innovation could be limited. It seems to be an ever expanding pool with lots of interesting new products popping up all the time.  I would however love to hear from the readers of this piece – what do you think?