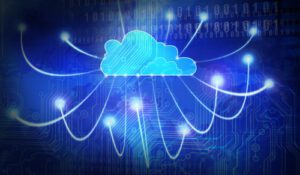 Outages Caused By IaaS Failures – Where Does The Buck Stop?

Where Does The Buck Stop In The Cloud?

Who is responsible for outages caused by IaaS failures. Is the relationship between traditional data centers and customers better for small and medium businesses? Consider these two scenarios.

You are hosting your busy website on a cluster of managed dedicated servers located in a trusted data center. You have a close working relationship with the system administrators who manage your servers. They helped you to set up your infrastructure and they understand the needs of your business, acting as first line of defense against outages and performance issues.

One morning, your cluster suffers a hard drive failure on one of its MySQL servers. It’s not a disaster because the other MySQL servers in the cluster can handle the load for the time being. But, when the peak traffic period hits in a couple of hours, performance is likely to be seriously degraded. Fortunately, the data center team spot the problem on their monitoring system and swap out the defective hardware within a couple of hours.

Most importantly, your users never have any clue that there was a problem.

You are hosting your busy website on a popular IaaS provider. You were tempted to provision your infrastructure from a cloud provider by promises of cost reductions and flexibility. It was easy for your in-house team to spin up the necessary servers and networking infrastructure with the provider’s control panel. No one in your business has ever spoken to a human being that works at the cloud provider — everything is managed through a web-based interface.

One morning, you start getting emails from your users telling you that they are having trouble accessing your site. Availability is intermittent at first, but eventually the site goes down altogether. Your team takes a look at the cloud provider’s status page, which is showing performance degradations in the region that houses your site’s servers. There is nothing that can be fixed with your infrastructure, but nevertheless, your site is not accessible to your users. So, you wait, fielding user complaints to pass the time. After several hours, your site reappears online. A couple of days later your cloud provider sends out a press release blaming the outage on a misconfigured software update that propagated through their system. They offer users a rebate for the downtime and reduced price services for a short period in accordance with their service level agreement.

Who Is Responsible For Storms In The Cloud?

These examples are not entirely analogous. Outages caused by incompetence can happen in data centers housing traditionally leased servers just as easily as they can with cloud services. But, the significant issue that the differing scenarios highlight is one of responsibility and communication. One thing is certain. If your site or service goes down, your users will blame you. They don’t care about the underlying technology. Your business, however, has to know where the buck stops and who is to be relied on.

While the on-demand nature of cloud services is beneficial for some businesses and essential for a very few, the vast majority of small and mid-sized enterprises do not benefit at all from being able to spin up servers and infrastructure at will. They do however reap considerable rewards from developing a close relationship with the staff who will manage their hardware and who will be the first line of defense when something inevitably goes wrong.

Graeme works as an marketer for InterWorx, a revolutionary web hosting control panel for hosts who need scalability and reliability. Follow InterWorx on Twitter at @interworx, Like them on Facebook and check out their blog, http://www.interworx.com/community.