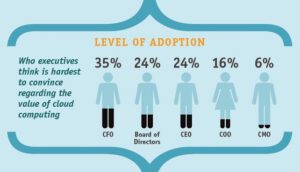 One of the major challenges facing any organization of any size is the need to deal with change. In centuries and decades past, the need to adapt to changing market conditions has always existed, but there has usually also been reasonably sufficient time for senior officials to assess the situation, mull over and discuss options and then design and implement a plan.

Not only are times changing, but they are changing incredibly fast. The age of the cloud has demonstrated that companies must now exist second-by-second, rather than quarter-by-quarter, and that sustainable decisions require data – Big Data – that reflects what is happening right now and what that means to the future.

A simple, fast example: web page load speed. Industry online commerce leaders such as Amazon, Google and eBay generate hundreds or even thousands of dollars of revenue per second, which means that a simple delay in page-load speed due to an overloaded cloud sever somewhere in the world, translates into immediate lost revenue, as consumers move quickly to the competition to satisfy their needs-of-the-moment.

A simple, less-fast, but still fast example: reputation and brand defense. A badly spoken word by a company representative at a press conference, or an ill-advised turn-of-phrase or marketing stunt made by a company or one of its ad agencies turns into horror as a carefully-crafted brand becomes the victim of viral outrage.

A simple, but longer-term example: confidence in a company’s market-leading product creates a five-year plan based on outdated marketing approaches that calculate consumer loyalty in pre-cloud-era terms.

It happens all the time, and much of the reason for this has to do with the mindset of decision-makers. For as educated as they are, and as intelligent as they are, no human-being can escape the influence of their formative years – way back when they were young, when things were done differently and at a different pace. All corporate activities, from the way meetings are run, to the preference for email over collaborative environments, to the attitudes towards hiring, flex-hours or working from home, are influenced in great measure by personal human experience that predates education and work experience. That’s a huge influential factor on decision-making.

To counter these long-conditioned attitudes, decision-makers need to swallow a dose of new medicine. They must recognize that agility and market-readiness in the cloud era requires both a communication structure and a corporate mindset that is open to real-time awareness and fleetness of foot based on big data.

An excellent illustration of the challenges that even the most tuned-in Executive or strategist might feel when trying to convey the urgency of this need can be seen in the infographic prepared by CIO and T-Systems as part of the ZeroDistance solution system.

That is why to tomorrow’s webinar is crucial. Entitled Big Data: A Real Game-Changer In Decision-Making, and produced jointly by ComputerWorld, IDG and T-Systems, the session pulls together four highly regarded experts:

to discuss how best to generate a culture in which decision-making at the speed of thought is enabled within an organization, and how it can be trusted to deliver true competitive advantage, given that it is so heavily based on algorithms. As Phil Carter sums it up:: “New decision making, based on the fast integration of Big Data technologies, is a necessity for every company aiming at growth as a condition for survival in future.”

Sponsored by T-Systems and the Zero Distance community