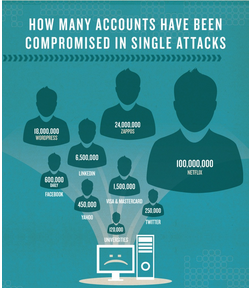 We stand on the edge of the digital age, where technology moves quickly, and our lives have been transformed by modern computing. Digitization has resulted in a staggering amount of information flowing through cyberspace. Processing that data has led to a revolution in how we store and access information.

The idea of the cloud is nothing new. Considered as far back as the 1960s, it was the principle on which the internet was developed. The term “cloud” was coined in the 1990s with the advent of virtual private networks.

Today the cloud has transcended some of its earlier models and is now widely accepted as a secure means of data storage and shared processing power. Its application in science is vastly accelerating research and has been used with particular success in astronomy.

Despite this, online security remains a hot topic and the internet presents ongoing security concerns. The UK Government has stated that cybercrime is a bigger threat than nuclear weapons, with an estimated £27 billion cost a year.

Cybercrime is often the result of poor security protocols and unaffordable IT support for many businesses and individuals. Weak wireless passwords and unencrypted, solid-state storage are often cited as the biggest threats to online security. The advancement of cloud computing offers a reliable solution to these Vulnerabilities.

Clouds are not single point servers. They rely on a network of encrypted servers configured to spread information across a wide area. With larger companies and professional web-networks such as Google and Cisco, this methodology ensures a strong architecture and reduces the threat posed by hackers.

The obvious benefit of this system is to remove information from fixed points such as localised networks and individual machines. It effectively eliminates vulnerable access points to data storage and protects against unapproved software installation.

The nature of information spreading does, however, open cloud networks to prolonged attacks designed to identify weak points in security. If one server has weakened defences it provides easy access to other localities in the network.

Many governments consider internet regulation the answer to online security issues. The industry stands firm against it, suggesting regulation will throw up compromises to data ownership, access and security protocols depending on the location of servers.

The answer proposed by the industry is for a self-regulatory body dedicated to research and development of stronger cloud security systems. The idea is of a conglomerate effect as the more people who use the cloud, the stronger it becomes.

The implementation of standardised protocols would further enhance security for weaker systems while providing regulatory standards and anticipating future threats.

So, can cloud computing prevent cybercrime? Certainly by limiting solid state access points, there is a mathematical probability that the security web is stronger. Many are still reluctant to trust third party storage, but the evidence does seem to support the idea that dedicated cloud based security is a step in the right direction.