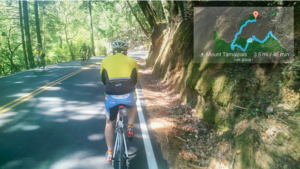 Google Glass is rapidly becoming the most desirable, trendy, and ‘must-have’ wearable technology on the market.

With the device set to go on general sale later this year, we take the opportunity to look at eight interesting facts about this revolutionary new gadget.

The design might be super-slick, lightweight and robust, but this doesn’t mean the device lacks features. The model includes Bluetooth, Wi-Fi, GPS, speakers, a camera, microphone and touchpad – giving wearers the ability to stay connected and up-to-date regardless of where they are or what they’re doing.

At present the device only has a screen visible in the right eye. For those who are partially-sighted or have one eye that is significantly stronger than the other, this could be problematic. Google has no plans to release either a left eye or dual-eye version.

Several apps can be activated using the built-in microphone. Google Now allows users to ask the device to quickly check the latest flight details or traffic congestion, and commands such as ‘Take a Photo’ and ‘Call Richard’ will upload photos to the cloud via Google Plus or stream your view to friends respectively.

Have you have gone on a vacation or business trip and been unsure of what that word on the menu is? Google Glass helps users negotiate foreign lands by not only instantaneously translating words, but also converting measurements, weights and currencies in real time.

Google Glass does not have a speaker or headphone included. Instead, when speaking on a conference call or doing some activity which requires sound, the device uses a ‘Bone Conducting Headphone’ (BCH). The BCH uses vibrations to send sound through your skull directly to the receptors in your ear. At present, stereo sound is not supported.

6. Blurring the boundaries of art and technology

David Datuna has become the first artist in the world to integrate artwork with Google Glass. His ‘Portrait of America’ uses GPS locators beneath the canvas so that when viewed through Google Glass it begins to play more than fifty video or audio clips about famous American icons.

Google Glass makes fantastic use of its cloud-based map service. In practice, this means you can receive in-vision directions to a destination, whilst receiving updates about distance travelled, time of arrival and in-journey conditions as you move.

8. It’s Not Really a Pair of Glasses

They might look and feel like glasses, but they are many ways Google Glass differs from a normal pair of specs. For example, the glass cannot be folded and requires an (expensive) special case for transportation, it only comes in one size and cannot be adjusted to fit the wearer, and there is no way to clip on a visor to protect your eyes from the sun.