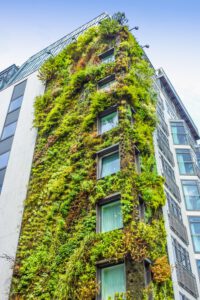 Last week we touched upon how a project in Finland had blended two of the world’s most important industries, cloud computing and green technology, to produce a data centre that used nearby sea water to both cool their servers and heat local homes.

Despite such positive environmental projects, there is little doubt that large cloud data centres and social networking sites consume vast amounts of electrical power. A recent Greenpeace report claims the Apple data centre in North Carolina uses more power than 250,000 European homes combined. Estimates now predict that cloud computing is responsible for as much as 2 percent of the world’s electricity use.

Clearly, therefore, the data world uses extraordinary amounts of energy – but is it really all bad news?

Migrating to the cloud and sharing resources saves considerable energy costs by removing the need to power countless duplicate data centres around the world.

A report released in 2011 by the Carbon Disclosure Project (CDP) found that North American companies who used cloud computing services achieved both a combined annual energy saving of $12.3 billion and a reduction in carbon emissions equivalent to 200 million barrels of oil. Indeed, not only did they achieve such large energy savings, but by moving to the cloud they also improved operational efficiency by dramatically decreasing capital expenditure on IT resources.

Supporting the CDP’s research, a joint report by Microsoft, Accenture and WSP Environment & Energy found that that a 100-person company that utilises cloud computing can reduce energy consumption and carbon emissions by more than 90 percent, a figure which scales to 30% for a 10,000-person workforce.

Considered to be the most widely adopted green IT project that companies have either implemented or are planning to implement, virtualisation allows a single server to run multiple operating systems concurrently. The consequence is a significant reduction in the size of the physical footprint of a data centre and a substantial improvement in both energy efficiency (with less equipment drawing power) and resource efficiency (with less equipment needed to run the same workload).

When virtualisation is combined with cloud-based automation software, businesses are able push the limits of their typical consolidation and utilization ratios. The software will allow for rapid provision, movement, and scalability of workloads – hence reducing the infrastructure needed and in turn maximising energy and resource efficiencies.

Sadly, IT managers and companies don’t necessarily put green tech at the top of their IT strategies. It is estimated only 5 percent of data centres are currently green, primarily as a result of decision-making being predominantly driven by cost-savings and competitiveness. Nonetheless, cloud computing is already greener than many people would believe, but there are some steps the industry can take to become even more green.

Renewable energy is certain to play a major part. Apple has recently boasted of a target of 100 percent renewable energy company-wide, including data its data centres (its aforementioned North Carolina centre is powered by a 100-acre, 20-megawatt solar panel), and Google currently uses renewable energy to power 34% of their systems.

Latest research now suggests the cloud will continue to become increasingly environment-friendly, as the global market for green data centres is expected to grow from $17.1 billion in 2012 to $45.4 billion by 2016.

How do you think data centres of the future will be powered? Let us know in the comments below.