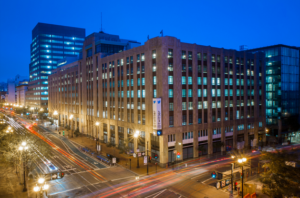 Twitter has responded to its recent disappointing news by testing a major design overhaul of its site.

Last week the company released its first earnings report as a public company, with results that were considerably worse than analysts’ predictions. The report showed 39% slowdown in user growth and a net loss of $511.5 million, leading to a 19 percent drop in share price in the immediate aftermath of the announcement. Worryingly for Twitter, the results undoubtedly give credence to the opinion that it is finding it increasingly difficult to justify its £37.4 billion market capitalisation.

It is against this backdrop that Twitter has started to roll out its first major redesign in several years. The news is not unexpected. Upon the release of last week’s results their CEO Dick Costolo outlined plans to improve the site’s topic-based discovery and further integrate Twitter’s cloud-based photos, videos and other rich media elements into the user experience. Costello said, “We know from our research that these are the kinds of things that cause users to become more engaged and to stick with the product. We don’t need to change anything about the characteristics of our platform. We just need to make Twitter a better Twitter”.

What is more unexpected is the actual design itself. Twitter appears to be moving away from its famous and simplistic text-orientated layout, instead moving towards a more engaging profile-centric style. The redesign has an emphasis on photos and videos that is highly reminiscent of Facebook, Instagram and Google Plus. The design sees a user’s header photo and profile photos increase in size, a card design approach applied to the ‘followers’ and ‘following’ screens, and more prominence given to the cloud content that each individual user will be interested in.

The racial overhaul of the site’s design is almost certainly an attempt to make Twitter’s vast catalogue of user-generated media more accessible. While power-users are known to love the minimalist look, its style is believed to be off-putting to new users who Twitter believes want quick access to the profile and photos of celebrities and sports personalities.

The new layout is not yet available to everyone. Historically Twitter test new features and designs on a small number of users before rolling them out to its full user-base. The company is also known to A/B test features that it is considering, therefore, it’s unclear if this redesign will eventually be available to all users or will be abandoned by its engineers.