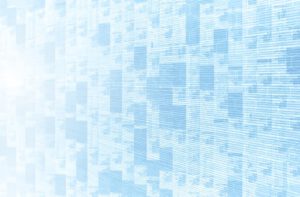 Can Big Data Help Your Team Win The Championship?

Whilst big data and cloud computing has unquestionably helped streamline and improve business operations, it also has huge potential in the field of elite sport. In sport, just as in business, an increasing volume of information is now being captured and collected, which provides ever-deeper insight and intelligence for owners, coaches, and players.

Elite sport has always adopted new ideas and technologies to gain a competitive advantage, and sports teams of today have access to a wealth of big data in a way that wasn’t possible only five years ago. It can help coaches produce winning tactics, players understand what is required of them, and sports medical staff reduce injuries through improved analysis of their programmes and treatments.

The NBA is now using a player tracking system that is capable of capturing 25 data measures per second for each player, providing data about player positioning, possession of the ball, and opposition tactics. In the UK, soccer players now wear sensors that record real-time information about distances run, when they kick or head the ball, where they are on the pitch, and the performance of their biometrics.

To truly take advantage of the benefits teams need to be able to effectively manage their data, and software providers certainly aren’t missing the opportunity to get involved. With huge amounts of data about every player and tens of thousands of participants, SAP have recently created applications for the sport industry. The program uses powerful, real-time, cloud-based technologies to enable users to instantly learn from the numbers available.

Michael Lewis’ popular 2003 book ‘Moneyball’ was the first attempt to familiarise the general public with the idea of using numbers to win championships, yet the approach requires caution and does not guarantee success.

Liverpool Football Club was bought in 2010 by the owners of Boston Red Sox, Fenway Sports Group. The American group tried to replicate their baseball methodology in soccer, yet took a $60 million loss on just two players in their first two years of ownership.

The English cricket team fared no better. The sport’s Baseball-esque production of statistics appears to suggest it is tailor-made for a Moneyball approach, yet a recent 5-0 series defeat to Australia has raised serious questions about its application.

In fact, the problem with both of these examples in not the data itself, but the way in which it is applied. Reports suggest the cricket team’s head coach allowed big data to pick the team, choose the tactics and direct training, whilst the Fenway Sports Group tried to purchase players based on stats alone, giving no regard to player’s form or existing strengths in the Liverpool squad.

There has to be an understanding that while big data can assist coaches and owners it still has to be used correctly. Although big data can support decisions it cannot make decisions – a failure to recognise this will result in sub-standard on-pitch performances. Teams that prosper will not be the ones who use the most data, but those that use the most relevant data.

What do you think? Can big data help you side win their elusive first title, or will its effects be negated if all teams use the same approach? Let us know in the comments below.