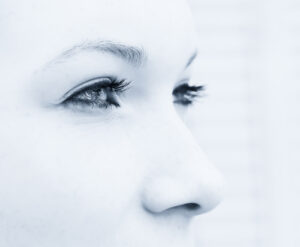 Which Big Data Start-ups Have Received The Most Funding?

The big data industry has been growing at an incredible rate over the last few years. Several start-ups in the sector are now undertaking truly innovative projects that are changing everything from the way we travel to work to the way we negotiate air travel.

Which of these start-ups have proved most attractive to investors, venture capitalists, and established companies? Crunchbase, a subsidiary website of TechCrunch, helps us find the answers.  The website, which was established in 2007, is arguably the world’s most comprehensive dataset of start-up activity. They teamed up with SiSense and The Big Data Group to undertake an analysis of funding for big data start-ups.

Cloudera is a California-based company that provides Apache Hadoop-based software, services, and training to business customers. The company really took off when three engineers from Google, Yahoo and Facebook (Christophe Bisciglia, Amr Awadallah and Jeff Hammerbacher) joined former Oracle Executive Mike Olson at the company in 2009.

In March 2014 Cloudera announced a $900 million funding round, with Intel Capital directly responsible for $740 million. With such vast amounts of funding it is no surprise that Cloudera has received nearly twice the amount of money as its nearest rival. They have more than 570 employees and have won several industry awards, including Morgan Stanley’s ‘CTO Award for Innovation’ and CRN’s ‘Coolest Emerging Vendors For 2012’. Additionally, Chief Scientist Jeff Hammerbacher was named “Best Young Tech Entrepreneur” by Bloomberg BusinessWeek in 2010.

Like Cloudera, Palantir is based out of Palo Alto in California. The company employees 1,200 people and specialises in data analysis. Its primary clients are the US Government, public service bodies, and more recently, industry-leading financial firms.

After being founded in 2004, the company was quick to receive $2 million in funding from the CIA and a further $30 million from one of the founder’s other companies, Founders Fund. Since then the company has gone from strength to strength; in 2010 the US Vice President Joe Biden credited Palantir with the success of the fraud-fighting ‘Recovery Accountability and Transparency Board’, and in 2013 they received a further $196 million of funding – valuing the firm at almost $9 billion. They are expected to close $1 billion of contracts in 2014.

With $250 million of funding, business intelligence firm Domo are some distance behind both Cloudera and Palantir, and are the first of three companies that are within $50 million of each other. Based out of Utah, the company received its first funding from a pooled investment which included capital from Salesforce and Morgan Stanley – an early indicator of the company’s potential in the market.

In 2011 they were included in Forbes’ ‘Top 100 list of America’s Most Promising Companies’ and in 2012 were listed in first place on UV50’s ‘Top Start-ups to Watch’. Their clients included such notable names as Nissan, National Geographic, eBay and Xerox.

The cross-platform document-oriented database has its origins in a 2007 PaaS offering similar to Windows Azure or Google App Engine, before becoming an open sourced as a stand-alone product in 2009. In April 2014, MongoDB was reportedly the fifth most popular type of Database Management system, and first place for NoSQL database management systems.

In late 2013 the company received $150 in funding, the largest round ever for a database company. At the time Bloomberg reported that the investment resulted in Mongo DB’s value soaring to approximately $1.2 billion – making it the most valuable internet start-up in New York.

Founded in 2004, Mu Sigma is an analytics services provider based out of Chicago which has already amassed more than 2500 employees. The first four years of the company’s existence were uneventful, but in 2008 they received their first significant funding round of $30 million from FTVentures. They added a further $125 million in 2011 before MasterCard were convinced to invest $45 million in 2013 – an investment that meant the value of the firm broke $1 billion for the first time.  Dhiraj Rajaram, the company’s founder, has received multiple accolades – featuring in Fortune Magazine’s 40 under 40 list in 2013 and winning the Ernst and Young ‘Entrepreneur of the Year India’ Award in 2012.