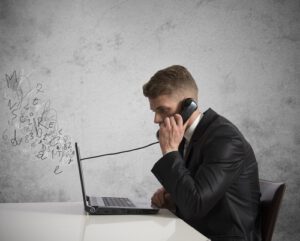 Growth of VOIP – 4 Alternatives To Skype


Skype is the most popular cloud-based VOIP service. Since being bought out by Microsoft for $8.5 billion in 2011 the company has grown to more than 300 million users and now accounts for 34% of all international calls. Some people don’t want to use Skype though. Reports of poor customer service, in-call interference, or even a general dislike for anything touched by Microsoft all contribute to some potential users staying away.

What alternatives do these users have available to them? CloudTweaks offers four Skype replacements…

Grasshopper styles itself as a more business-orientated solution than Skype. The service provides many of the features found in expensive office ‘Private Branch Exchange’ systems for a fraction of the cost. Features include support for multiple users (each with their own extension), individual greetings, voicemail, web access and notifications by email or text message, as well as the ability to have local or toll-free numbers for people to call you on.

Google Hangouts is the most obvious replacement for Skype. While some users might baulk at using Google products in the same way that some hesitate to use Microsoft or Apple devices, this service is unquestionably the most widely used and full-featured. Google Hangouts launched in mid-2013 as a result of the homogenisation of several independent Google products such as Google Talk, Google Plus Hangouts, and Google Plus Messenger.

The software can replace most features of Skype. While it won’t allow you to directly call landline telephones until it merges with Google Voice later this year, both video conferencing and document collaboration are both supported.

ooVoo is messaging and voice/video calling service that features instant messaging, text chat, video calls, and twelve-way video conferencing. A unique aspect of the program is its ability to make calls directly from your web browser to other PCs without the need for software to be installed.

The service’s file and screen sharing works well and is great for collaborative work and online meetings. Purchasing premium credits allows you to call landline numbers in over seventy countries at reasonable rates, as well as connect landline callers to conference calls. Unfortunately, of all Skype’s competitors, ooVoo has the most expensive PC-to-phone calls.

Before installing the desktop software you need to be aware that the free version is ad-supported. It will also try and install the ‘Ask Toolbar’ when you run the installer – be vigilante when clicking through the installation options.

This California-based start-up was launched in September 2009 by Uri Raz and Eric Setton – both of whom remain at the company as CEO and CTO respectively. The service already boasts 200 million users worldwide. Tango is a free app that, in addition to video calls, is also optimised for voice calls, texting, sharing, and playing games. It is mainly aimed at the mobile market, with most of its users using the Android or iOS client to access the service, though there is also a PC client available.

Critics of the service say video quality is sometimes uneven, and there are occasional delays and poor voice-syncing in video calls.