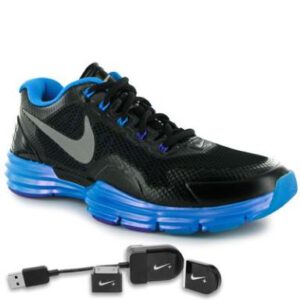 3 Ways To Keep Fit With Online

3 Ways To Keep Fit With The Cloud

The recent launch of Google Glass brought with it several interesting and exciting prospects for the future of wearable tech. Although wearable tech has arguably existed since the introduction of the ‘calculator watch’ in the 1980s, it is only with the growth of the cloud computing industry that it has been able to provide tangible benefits to users lives, rather than providing a mere function or service.

One of the biggest growth areas of wearable tech is fitness gadgets. Independent analyst Canalys conducted research in February 2014 which found that 1.6 million fitness bands (such as Jawbone and Fitbit) were shipped in the second half of 2013 – a 700 percent increase on the 200,000 devices that were shipped in the first half of the year. They went on to predict that total shipments could reach as much as 8 million in 2014, 23 million in 2015, and a huge 45 million per year by 2017.

In light of this growth, and with the summer upon us, CloudTweaks looks at three of the best wearable cloud-based fitness gadgets that are available today.

Nike has always been at the cutting edge of fitness tech. They were one of the first companies to take advantage of Apple’s iPod and iPhone with their Nike+ range of apps, and their FuelBand netted the company more than $300 million in 2013 (though rumours are now circulating that the device will be discontinued).

One of their latest offerings are the TR1+ running shoes. They have pressure sensors built directly into their sole which use the foot’s heel, ball, and toe to measure the spread of a person’s weight and judge their movement. They then automatically sync data across all a user’s devices to provide them with real-time feedback on running techniques, quality of workout and running posture.

The Push Wristband is scheduled for launch in the middle of the summer. Aimed specifically at regular gym-goers, it is unique in what it offers – a way to track repetitions and sets for each specific workout, and providing feedback about a user’s force, power, balance, speed, explosive strength, load and tempo. The data will is fed via the cloud to a smartphone app that will monitor progress and help improve a person’s performance over time.

Worn as a headband, the Spree device can give detailed feedback about a user’s core body temperature at any given moment. The gadget can also provide data about distance travelled, speed, GPS location, heart rate, and calories burned. All of the data gathered by the company is sent to the ‘Smart Performance App’ which will help monitor performance objectives and give feedback on recommended workouts.

The developers are also working on a feature which will give users an alert about if their core temperature is getting too high, helping them to avoid heat-strokes and de-hydration.