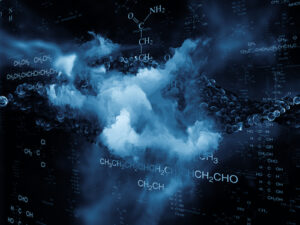 The Future Of Cloud Based ERP

What does the future look like for ERP in the cloud? It’s a question that everyone involved in this business asks, given that the general changeover from on-premise systems to cloud computing is currently happening more slowly than many had anticipated. But according to some industry watchers, the pace will continue to pick up, and the expectation is that over the next few years investment in public IT cloud computing services will approach $100 billion, with an annual growth rate of approximately 25 percent. Most of that is due to companies choosing to shift more and more of their core operations to the cloud.

The future of cloud-based ERP resides in a combination of forces: a recognition of the true safety and security of the cloud; the economic and functional practicalities of replacing licensed software such as Microsoft Excel with externally managed and maintained SaaS applications; the appeal of both two-tier and multi-tenancy ERP setups; and the general bandwagon effect.

Organizations such as Gartner, Deloitte, Accenture and others routinely poll their clients, asking them the reasons behind any major reluctance to move to the cloud, and in general CIOs and CFOs respond that the two primary sticking points are a lack of full familiarity as to cloud offerings, and a constant fear of a breach of security.

Jean Gea, Director of Product Marketing at Acumatica states that these are two issues that are relatively easy for ERP and cloud hosting providers such as Acumatica to handle, through increased communication with customers, delivered alongside one simple fact: when a cloud provider’s main stock-in-trade is to provide cloud access, the onus is upon them to ensure security as a fundamental component of doing business.

Further acceptance of cloud-based ERP will continue as improvements in virtualization, combined with the sharing of resources (called multi-tenancy) drives down the cost to ERP vendors of maintaining servers as well as code, savings that can be passed along to the customer. While many companies are still choosing to keep their ERP solutions in-house (on-premise), or have started to export some data across to a cloud as a hybrid/two-tier solution, they see ongoing costs of purchasing and upgrading software as an increasingly unnecessary annoyance.

Further, it is also significant to note that many legacy ERP systems lack the scalability to support ongoing changes in compliance regulation, which has great impact not only in numbers-based industries such as accounting and finance, but also in engineering and manufacturing, where ISO and related certifications standards continue to evolve. Cloud-based SaaS is in a much better position to move with these changes and to pass the change on to the customer inexpensively, while still adhering to any regulations regarding location of stored data.

The bandwagon effect: this is the age of the agile corporation. Companies that rest on plans and procedures that take days, weeks, or months to get started quickly lose out to those who have the mindset and the leadership to react to market demands more quickly and effectively. This is the essence of virtualization. Fewer silos, fewer legacy systems, faster time to market and reduced bureaucracy.

According to Louis Columbus, writing in Forbes and quoting a Gartner study, “SaaS-based manufacturing and distribution software will increase from 22% in 2013 to 45% by 2023. […] The catalyst for much of this growth will be two-tier ERP system adoption.

Another key area of innovation that will drive the future of cloud ERP is in analytics, especially when used in tandem with mobile computers (tablets/smartphones) that allow for instant updates on operations, as well as electronic paperwork and related company news. “This is something that Acumatica does extremely well,” says Gea, “by optimizing ERP for mobile and touch-based computers, our clients can be on one side of the globe and oversee essential resource management priorities with ease and confidence.” She adds, “As people shake off the mindset that to be in serious business you have to have hard, heavy machines in your own dedicated rooms, and replace that with the freedom of movement that cloud symbolizes, we will see more and more companies continue to shift more and more of their core operations there. As with any economy of scale, the benefits continue to increase as the collective participant group expands.”

Additional information about Acumatica’s cloud ERP services including demos and pricing are available at www.acumatica.com.