Service Providers And The Law 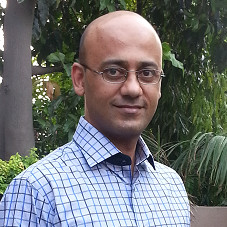 Cloud Service Providers And The Law

While several technical benefits of cloud computing exist, there are few important considerations for users and corporations. One of the most important is the legal repercussions these new technologies may trigger. With the arrival of any new technology, the applicability of existing laws and the possibility of new laws tailored specifically to the new technology remain unclear until precedents are set. The cloud computing phenomena is global in nature challenging the very touchstone of jurisdictional complexities.

Broadly speaking, there are six widely applicable regulations relating to cloud computing in the United States.

While laws extensively cover areas related to security and privacy, loopholes are certain when referring matters relating to cloud computing. For instance, in 2011, a class action complaint was lodged against a cloud storage provider in Wong v. Dropbox, Inc., where, it was alleged that the company violated the California Unfair Competition Law and negligently invaded privacy of individuals. The class action complaint against Dropbox arose out of an update that inadvertently allowed anyone to log into any account using any password within a four hour window.

The risks are geared towards confusion as to applicable laws, the changing regulatory climate, and lack of industry standards. Cloud computing does reflect paradigm shift for both users and corporations, as it allows taking advantage of economies of scale as well as specialization to provide a more efficient and economical solution.

As jurisdiction within the cloud is so unclear, the only option would be to come to a mutual agreement or a compromise between cloud provider and user. Therefore, a harmonious and uniform set of laws governing data privacy and security is required which, in turn, would be beneficial in several respects. For instance, service providers would be able to assess their risks more accurately subsequently decreasing the need for them to push their risk onto users through contracts that force the customer to deal with privacy breaches that may be the fault of the service provider.