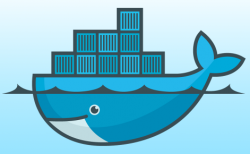 What is Docker – Is Docker The Next Big Thing?

We often hear that a particular product or idea is going to be the ‘next big thing’, and analysts and commentators are frequently falling over themselves to predict an emerging trend or developing idea. In the case of Docker and what Docker is, it might actually be justified.

The open source technology is rapidly emerging as one of the hottest cloud computing ideas of 2014, and now Google have become involved, it’s only going to get bigger and better. Google hope the technology will help to change the way in which we interact with software development and make it easy to quickly access vast amounts of computing power – essentially what Google have been doing for years.

At its core, Docker can be thought of like a huge container for everything on the internet. It is a tool that allows online software developers to package their programs and rapidly move them from machine to machine. Designed by a small start-up in San Francisco, the software is currently freely available to everyone. According to the company, over 14,000 apps are now using its containers – leading top Google engineer Eric Brewer to claim that “developer technology hasn’t taken off so quickly and so enormously since the rise of the Ruby on Rails programming framework eight or nine years ago”.

The technology behind Docker isn’t particularly unique or modern; the open source Linux operating system has long offered containers that isolate various tasks on a computer server and prevent them from interfering with other tasks running on the same server. Docker’s attraction comes from the ease with which their Containers can be moved from one machine to another. “They’ve done a very nice job of making it easy to package up your software and deploy it in a regularised way,” Brewer says. “They’re making the container a more effective container.”

The benefit to developers is that if they build a software application on a laptop, they can immediately move it onto a cloud service and run it without needing to make any changes. The company behind Docker hope that ultimately it will let developers easily move applications to where they want to run them, either through their own data centres or on facilities such as Google cloud services or Amazon Web Services.

Despite the high level of interest in the new service, there are still a lot of things that require further work before Docker can truly help cloud computing fulfill its promise of treating the internet like one huge computer. At present, in order for Docker to run each machine needs a tiny piece of additional software. “It’s not perfect yet. This is an area where both Google and the community have some work to do,” said Brewer. “A container running on one OS may not run on another”. Nonetheless, In addition to Google, Amazon, Rackspace, and Digital Ocean have also backed the technology, meaning some of these initial complications should be smoothed out in the coming months.

Google is undoubtedly onto something. They have realised that Docker will encourage more people to use the cloud – and that fits perfectly with their business strategy. It means developers will worry less about the thousands of machines needed to run their application and more about the design of the application itself, something Brewer thinks will help the cloud continue to evolve. “It’s pretty clear that the application view is more natural”, he said. “It will win in the long-term”.