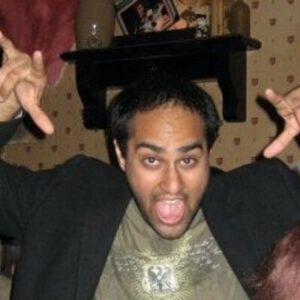 We know wearable tech can help get you in shape, come to your aid when you’re in foreign lands, and help you manage your daily life – but can it help you give up bad habits? Pavlok, the makers of a $250 wearable device that is slated for launch in early 2015, think it can.

The founder of the company, Maneesh Sethi, came across the idea for the device when studying how humans behave and form habits in an attempt to boost his own productivity. He had already gained online notoriety for famously hiring a woman to slap him every time he mindlessly opened Facebook whilst working, and Pavlok became his newest project.

Although the firm hasn’t revealed exactly how the device works, it is known that the device will give its wearer an electric shock if they don’t reach their fitness goals or hit their work deadlines. Their website claims that “Using psychologically proven and user tested algorithms, the Pavlok wristband enforces users’ commitments to fitness, productivity, and more — even if that means ‘sparking’ their commitment by delivering a mild (but jolting) electric shock”.

It’s not just designed to help people form new habits, however. The device is also expected to include an alarm, which will permit the user one press of the snooze button before administering a shock on subsequent snoozes. Other programmable features will include the ability to shock if a user opens too many tabs on their web browser or fails to meditate for a pre-prescribed amount of time.

As is the way with most wearable devices, the Pavlok also includes a social feature. Sethi hopes that teaming up with friends, colleagues and fellow gym-goers will force users to become more accountable to someone else, something he found to be a key motivator during the research phase of development. The feature means that if a user doesn’t complete their daily quota of fitness routines and other activities, their friend will be able to issue a shock remotely.

Of course, the device has critics. Dr. Sheri Jacobson, Clinical Director of Harley Therapy in London, said “Negative reinforcement has been shown to create desired behaviour, but research has proven, at least with children, that positive reinforcement mostly works better”, though the most frequent criticism aimed at the Pavlok so far has been that there is nothing to stop a particularly demotivated user simply removing the band and ignoring the shocks.

The device will have a launch price of approximately $250, and the company has so far received $100,000 in investments via crowdfunding campaigns.