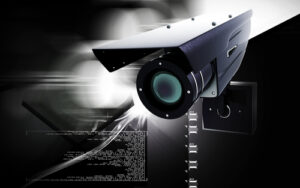 Surveillance And The Internet Of Things

The internet has been used for surveillance ever since its widespread adoption two decades ago. Hundreds of companies make huge profits by monitoring, recording and collating all our information, before either selling it to governments who want to pry on citizen’s lives or corporations who want to learn about everything from the effectiveness of their latest advertising campaigns to the demographic that are most interested in their products.

So far, however, these companies have only been able to use information garnered from computers, smartphones and tablets to build a profile about you. While they may learn massive amounts of information from what you search for on Google and what links you open on Twitter, a committed person easily build themselves a ‘fake’ profile by opening pages and clicking links that they really had no interest in.

All that is now starting to change with the growth of the ‘Internet of Things’ (IoT). As the sector grows we will start to see more and more of previously inanimate, standalone objects include internet connected modules. Cars and home appliances will all be able to collect and collate real-time data about everything from our health to our shopping preferences. How far away are smart advertising boards on the side of the road which can change their message in accordance with the person who is driving past?

The ultimate destination of the internet of things is that everything in our lives will have an internet connection. Already the IoT allows for a far greater amount of surveillance than was possible just a couple of years ago and the future reality will be that everything we do – both online and offline – will be recorded and stored for near-eternity.

Services such as Google Now already give a glimpse into this interconnected utopia. It tracks you permanently via your mobile phone and Gmail inbox to give you information as detailed as where you parked your car, how much traffic is expected on your drive to the office, when your favourite TV show is about to start and how far you have walked and/or cycled that month.

People concerned about surveillance should probably stay away from Google Glass – it cannot be too difficult for a hacker to get a live stream of what you are seeing and hearing through the device at any given time, while the falling price of airborne drones combined with their increased capabilities means facial recognition to easily see who is doing what from up in the sky is not too far away.

Of course, at the moment the amount of data is almost too massive to analyse, but as technology improves so will the ability to automatically sift through the huge quantities of information. If an object knows that it’s been purchased it means that whoever or whatever it is communicating with will know where you are and what you doing with it. It is unlikely that simple privacy settings will be sufficient – one only needs to look at Facebook’s ongoing privacy debacle to understand that virtually anyone can have access to your information if they are willing to pay for it.

What do you think? What is the future of surveillance on the internet of things?