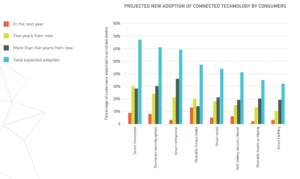 5 Products That Will Take Off Due To Cloud Growth

5 Products That Will Take Off


Historically, numerous new products, services and job openings accompany successful inventions. Take software development, for example — the niche all but didn’t exist before the advance of PCs. Cloud computing is apparently a successful invention, so it’s reasonable to think that related industries, jobs and of course products will spring up. Here, however, let’s narrow our focus to finished products that are about to become (or are already becoming) very, very popular due to cloud growth.

Chromebook sales are set to triple by 2017, says Gartner. The sales will have increased by 79% in 2014 in comparison to 2013. The sudden upsurge can be explained by the bursting of the so-called netbook bubble, as well as greater demand that could very much spring from the fact that more and more users start realizing they do all but everything on the internet. These cheap notebooks are essentially built for the cloud as Chromebooks depend on cloud-based storage and apps. They’re great for pupils, but businesses looking to streamline their collaborative efforts may be quick to realize that the Chromebook has something in store for them as well.

Not really a product but rather a set of products, the smart home is the most life-changing technology we’ll see widely adopted within the next few years. A study by Acquity states that, of all ‘Internet of Things appliances’, consumers are most aware of smart, cloud-connected household gadgets like thermostats, fridges or security systems. And you all know what that means: hefty, hefty sales for manufacturers of said gadgets. 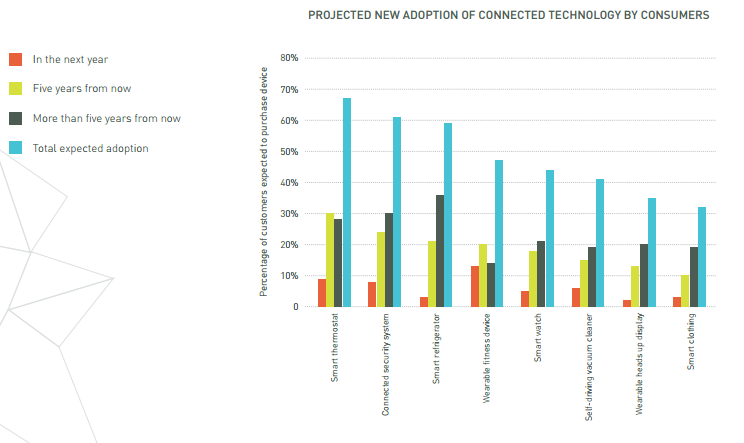 Software has been around for quite a while. Why would it suddenly ‘take off’, and what would that even mean? Well, it isn’t just “taking off”, it’s becoming different. By moving apps, such as PhotoShop and Autocad, to the cloud, software companies are making these products more and more accessible to smaller businesses and individuals. That in turn means more and more people and businesses will adopt such software. For example, SAP SE, an European enterprise software developer, saw its cloud-generated revenue grow by 52 percent last quarter.

Moore’s law still holds true. CPUs are getting better (and cheaper) quickly, but there definitely needs to be more of them. While no one can really fathom even an approximate of the computing power demand in the world, it is safe to say it’s growing faster than ever before. Telltale signs include: a huge money influx into cloud computing; the soaring popularity of streaming services; and, of course, the cloud is getting even heavier, with the Internet of Things driving its growth significantly.

This one comes as no surprise as well, does it? In the next five years, fitness wearables and smart watches are to be adopted by some 43 and 25 percent of consumers respectively, says the aforementioned study by Acquicity. However, you can’t really argue with 31 billion devices connected to the cloud in 2020. People are likely to quickly realize the most benefit in exactly these wearables, not least because they aren’t as cutting-edge as Glass–pedometers have been around for quite a while.