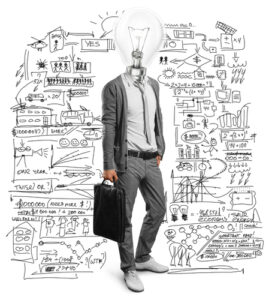 Can You Use Big Data To Track Your Own Brain?

Last week we spent a long time looking at how big data had fantastic uses outside of the stereotypical areas – learning that $1 billion start-up companies could be discovered and the best investors in them could be monitored all by sensible interpretation and analysis of widely available data.

Another atypical area in which it has almost limitless potential is that of brain study. For example, the University of Reading in the UK is about to embark on a multi-disciplinary research project which will collaborate and analyse very large datasets in the field of neuroscience. The data used will be gathered by Magnetic Resonance Imaging (MRI) scans and will be used to identify abnormal brain states. The researchers hope that the project will show how data-driven predictive and descriptive models can then be used to help to identify the causes of brain dysfunction and to investigate the heterogeneity within a given class of neurological disorders.

Elsewhere, Barack Obama’s ‘Brain Research through Advancing Innovative Neurotechnologies’ (BRAIN) project is hoping to use big data to help scientists learn more about brain diseases such as Alzheimer’s, Parkinson’s, strokes and even human thought. Launched in 2013, the project is gathering yottabytes of data and has already received more than $100 million of funding.

But what about closer to home? Is there anyway non-scientists can learn about their own cognitive state by combining home experimentation with big data? Mattan Griffel set out to do exactly that via a blog post on medium.com. Mattan wanted to learn about his own brain and get answers to questions such as when his brain worked best, what foods and drinks made him appear smarter, what effect his sleep patterns had on his mental performance, and how quickly he could process thoughts at different times of the day.

His experiment was simple to do and could be repeated by anyone with an interest in their own internal workings. He used ‘brain training’ app Lumosity to record daily scores for one year across five categories – speed, memory, attention, flexibility, and problem solving – along with some useful metadata, then aggregated mental performance metrics. The metadata included was wide-ranging and included factors such as how much sleep he got, whether he ate breakfast, whether he drank coffee, and whether he was wearing glasses. More factors are still being added.

Of course, his results are open to influence from uncontrollable factors such as how the app calculates scores, whether he is naturally improving at Lumosity’s games, and whether his scores in certain areas are affected by the games available – but Mattan goes to great lengths to explain how he negated this problems.

Ultimately, the experiment’s most valuable lesson is that big data is not just for computers that are capable of handling yottabytes of data or government-level initiatives, but is also something that can be applied in the real world to help ordinary people embark upon a journey of self-discovery. Whether you want to learn about your brain, monitor your fitness, or manage your finances, big data can be used to show you patterns and give you ideas that you would have never thought of otherwise.