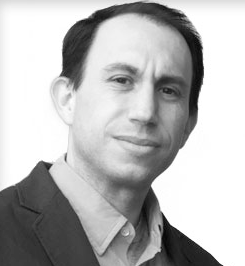 Intel Corporation has stated that they are partnering up with the Michael J. Fox Foundation for Parkinson’s Research for the purpose of studying Parkinson’s Disease through Big Data and wearable technology.

Parkinson’s Disease is second to Alzheimer’s when it comes to worldwide prevalence, and the efforts of Intel and the Michael J. Fox Foundation will further enable physicians and researchers to measure the progress of the disease. The progress for a breakthrough in the development of drugs to treat the disease will hopefully be sped up through the research that is being done with the sensor.

Intel Corporation says through their partnership with the foundation, that they will be breaking into some big advancements when it comes to research into Parkinson’s. This is because researchers will be allowed to correlate molecular along with subjective measurements of symptoms that patients experience and suffer from. Todd Sherer, the Foundation’s CEO, has stated that the traditional observation methods have yet to advance very much since 200 years ago, but that new technology will be able to do is.

During the research effort, patients will be wearing monitors that are capable of tracking their symptoms. These symptoms include trouble sleeping, tremors or slow movement. These symptoms will be further stored on an open, large platform. Earlier this year, a short trial took place for the system, which featured nine control patients and 16 patients with Parkinson’s disease.

The general manager and senior vice president of Intel’s Data Center Group, Diane Bryant, believes that the study will quantify the progression of symptoms and track the molecular changes that are caused by neurodegenerative brain disease. Should the study show the correlations between both, scientists may be able to learn how to treat the disease and how it works that much better. If that can be done, who knows how much ground will be covered when it comes to Parkinson’s Disease and how it could possibly be prevented from worsening, or symptoms being little to no problem.

Once all of the right data is collected and stored, other researchers that deal with Parkinson’s Disease and doctors will have the opportunity in using the data, and possibly contributing their own to the platform if they have anything extra to add that might help.

Medical science and research has been stumbling on some great things over time, especially when it comes to wearables. This sensor to aid in Parkinson’s Disease research, symptoms and treatment could really shed some light on some of the darker situations that tie in with the disease overall.