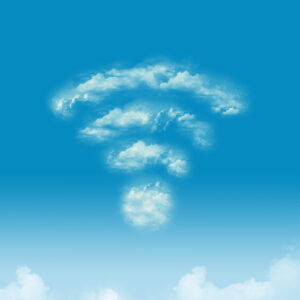 Powering The Internet Of Things

Powering The Internet Of Things

The Internet of Things is designed on the premise that sensors can be embedded in everyday object to help monitor and track them. The scope of this is huge – for example, the sensors could monitor and track everything from the structural integrity of bridges and buildings to the health of your heart. Unfortunately, one of the biggest stumbling blocks to widespread adoption at the moment is finding a way to cheaply and easily power these devices and thus enable them to connect to the internet.

Luckily, engineers at the University of Washington have a potential solution. They have designed a new system which uses radio frequency signals as a power source and reuses existing WiFi infrastructure to provide the connectivity. The technology is called WiFi Backscatter and is believed to be the first of its kind.

Building on previous research showed how low-powered devices could run without batteries or cords by obtaining their power from radio, TV and wireless signals, the new design goes further by connecting the individual devices to the internet. Previously it wasn’t possible, the difficulty in providing WiFi connectivity was that traditional, low-power WiFi consumes significantly more power than can be gained from the wireless signals. This has been solved by developing a ultra-low power tag prototype which has the required antenna and circuitry to talk to laptops and smartphones.

“If Internet of Things devices are going to take off, we must provide connectivity to the potentially billions of battery-free devices that will be embedded in everyday objects”, said Shyam Gollakota, one of University of Washington’s Professor in the Computer Science and Engineering department. “We now have the ability to enable WiFi connectivity for devices while consuming orders of magnitude less power than what WiFi typically requires”.

The tags on the new ultra low-power prototype work by scanning for WiFi signals that are moving between the router and the laptop or smartphone. Data is encoded by either reflecting or not reflecting the WiFi router signal – thus slightly changing the signal itself. It means that WiFi enabled devices would detect the miniscule changes and thus receive data from the tag.

“You might think, how could this possibly work when you have a low-power device making such a tiny change in the wireless signal? But the point is, if you’re looking for specific patterns, you can find it among all the other Wi-Fi reflections in an environment”, said Joshua Smith, another University of Washington professor who works in the same department as Gollakota.

The technology has currently communicated with a WiFi device at a rate of 1 kilobit per second with two metres between the devices, though the range will soon be expanded to twenty metres. Patents have been filed.