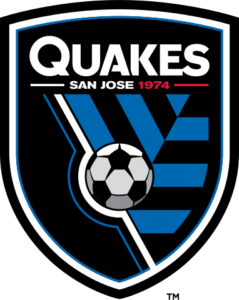 One sports team that has recently started to take huge advantage of wearable tech is Silicon Valley’s resident Major League Soccer side San Jose Earthquakes. The team are one of the more successful of the US soccer landscape having won the MLS Cup in 2001 and 2003 and the Supporters’ Shield in 2005 and 2012. Now they are looking to give themselves another competitive edge with the introduction of the latest gadgets that the industry has to offer.

The San Jose Earthquakes have now made devices to monitor performance and conditioning metrics mandatory at all training sessions and their manager Mark Watson is optimistic about their impact. “We’re excited about it, and we’re trying to integrate it as much as we can into what we do”, Watson said. “As much as you’re used to doing things a certain way, if you can get this immediate feedback and metrics then put it into use it’s an incredible tool”.

At the moment the Earthquakes are focusing on using Adidas undershirts with a small pocket between the shoulder blades for a sensor. It means coaches on the sidelines can keep track of heart rates, how far players have run, and fast they can go – all by using an iPad app that has a delay of mere seconds. Currently, Watson believes one of their biggest benefits is keeping a record of how long a player’s heart rate is elevated for, and also ensuring that they drop back into the ‘red zones’ during rest periods.

Despite the manager’s enthusiasm, there are still concerns. Short term, player are having to deal with the difficulty and discomfort of wearing a restrictive band round the chest or uncomfortable monitor round their bicep. It doesn’t necessarily sound like a major problem, but in a sport where freedom of movement and quick removal of sweat are essential, some players feel like they cannot perform as well when they are wearing tech.

Longer term issues could be more thorny for the club themselves. For example, what role should biometric data and player performance feedback play in the contract and salary negotiation process? Can stats even reveal all the facts about professional sportsmen and women’s abilities? Maybe in baseball, but almost certainly not in a sport as nuanced and variable as soccer.

For now though, San Jose are just using the tech to learn about fitness variables. “We’re taking the more basic data that it gives us”, Watson said. “The most important things are heart rate and some sort of equation that builds in a generalized figure for workload”. They are even going as far as to hire data scientists to crunch the various numbers with additional big data analytics tools.

It promises to be a huge area of potential growth for wearable tech over the coming years. The early adopters could reap vast rewards.

(Image Source:  The logo is from the http://www.vflnet.com. Licensed under Fair use of copyrighted material in the context of San Jose Earthquakes via Wikipedia)