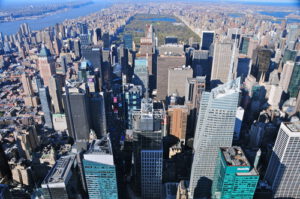 How Banks Stand To Gain From Big Data

The financial sector has long capitalized on its access to proprietary data. They have been pioneers in digitalizing everything–every single transaction, purchase, ATM withdrawal, website click, and so on. This gives banks unlimited abilities to adapt to customers’ needs and theoretically allows identifying patterns characteristic of abuse or crime.

Banks have been aggressive in using data that pertains to other industries as well, such as real estate. This owes partially to their own records–assets like real estate, cars and other disappropriated things are meticulously recorded–and presumably data acquisition from third parties as well.

You could say that the very nature of the business, that is, dealing with numbers and keeping records throughout the years, has prepared banks for the Big Data revolution like no other business. On the flip side, though, banks are notoriously risk-averse and conservative so they are less likely to ‘believe the hype’ surrounding Big Data and cloud computing.

Where other industries are forced to segment their customers based on information provided willingly, banks record every transaction so they know much better what services their customers are using. Besides, they have identity data for every customer. In short, they are better equipped than anyone to push genuinely personalized offers, ones based on the habits of the customer, than any other business out there.

However, this process is not as easy as on paper. Challenges exist not only in tapping into individual data and organizing it, but in streamlining the process so that banks can use it for millions of customers to drive profit margins up. This requires a hit-and-miss approach and refinement after each iteration, a process that banks are likely to detest not least due to pressure from investors or disheartened executives.

Since the financial crisis, banks are being pushed much more to find internal mishaps or fraud as well as money laundering schemes. Whereas previously the focus was on parts of the data set, now the vast majority of transaction data can be used to identify suspicious activities, perhaps it can even be held in a single view. The stakes are high, and the banks’ IT departments have to overcome challenges not only in detecting increasingly smarter criminals, but also in complying with the new regulations in the process.

Those who are the most proactive in terms of utilizing their vast stores of data will also gain the most. There are many banks with sub-par customer service, even though they’ve had access to data that’s actionable no matter how you look at it. This signals either laziness or an IT crowd that’s less than prepared to match the challenges of this day and age.