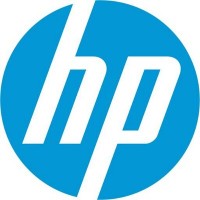 Basing Your Hybrid Cloud Plans On A Robust Private Cloud

For companies in the midst of planning or reviewing their cloud strategy, the inevitable triumvirate of public, private and hybrid cloud often dominates. Often times these three concepts are seen in isolation, with their relative merits (security, accessibility, maintenance etc.) assessed separately. But according to Mike Verdugo, Senior Director, Worldwide Product Management, HP Cloud, there is the need for a great deal more crossover. In fact, he states, realizing the true benefits of a hybrid cloud strategy often starts with a robust private cloud.

Customers of cloud technologies are at various stages of their journey to cloud, Verdugo states, and for many the preference already lies with a private cloud, since it seems to offer the best options in terms of control, security, and availability. Over the past few years the concept of cloud has started to catch fire with companies large and small all over the world. Its promise as a more cost-efficient method of storing data and dynamically accessing process power corresponds with the ever-present corporate desire to increase efficiency.

The private cloud addresses a number of long-held concerns for companies, specifically in terms of hands-on management of systems and data. It has long been seen that the private cloud scenario provides better security, bandwidth control, and governance options, allowing the enterprise to focus on its bread-and-butter operations. These economics have tended to steer decision-makers into keeping everything essentially within their own four walls, administered either directly by staff, or through the resources of others, in a managed private cloud arrangement.

The challenge, as Verdugo points out, is one of legacy, as when an enterprise starts to build an overly complex management system, with tools grafted on top of other tools. Then things become less effective. It is at this point that a private cloud can function well as the first logical step to cloud beyond basic infrastructure virtualization. “It is for many enterprises,” he says, “a pivot towards hybrid.”

The benefits of moving to a hybrid cloud environment where multiple delivery models are utilized include speed, agility and security which are so critical for today’s enterprises. HP CloudSystem, HP’s market leading integrated solution for building and managing cloud services, provides a turnkey solution for private clouds and a solid platform for building a hybrid cloud environment. The wasted effort factor associated with a myriad of inconsistent management tools is eliminated through a common user interface for cloud users and service designers, and some customers benefit greatly when the responsibility for upgrading and maintaining the system rests with a supplier rather than with in-house technical staff who are already too busy.

Verdugo points out that an added benefit of hybrid cloud migration based on a robust private cloud is that it is fully customizable. “This is not a one-size-fits-all scenario,” he says. Most of the clients he works with are not willing to “rip and replace,” meaning customers are not willing to remove existing traditional IT infrastructures or public cloud environments in order to move to next-generation private cloud technologies. Many still want to tap into the public cloud for development and testing, before pulling back in-house prior to launch. Other clients, he says, particularly startups, are free to take advantage of the comparative capacity and freedom of moving out-of-house to the public cloud, making it a favored place for basic development and testing while cash flow is light.

Verdugo highlights the benefit nature of having at least one foot in the public cloud: it offers companies a dynamic way to tap into additional storage, caching and processing space during periods of peak demand, without the overhead associated with overbuilding. Hybrid is about being able to take advantage of multiple deployment models to deliver on separate business objectives. HP CloudSystem allows customers to deploy private clouds and easily access the most popular public cloud services as needed and on-demand. By providing connectors and interfaces to the major providers such as Amazon Web Services, Microsoft Azure and HP’s own public cloud services, a cloud admin can move the company’s data assets around seamlessly between private and public cloud environments as needed.

As time goes by a company’s needs evolve. Verdugo points out that users of large-scale mainstream systems such as SAP and Microsoft Exchange are now looking to deploy on a more agile system. This is a call, he points out, that HP has been very successful in answering. HP CloudSystem provides the means to efficiently manage traditional mainstream applications such as these as well as emerging cloud native workloads enabled by the deployment of enterprise-grade OpenStack® technology. “We have the ability to tell customers they can now operate cloud native apps built on OpenStack in an HP CloudSystem environment HP Cloud Service Automation software is included with HP CloudSystem Enterprise to provide full application lifecycle management capabilities and an easy to use common management interface from infrastructure to application services.

Customers looking to build a secure cloud presence moving forward would be well advised to ensure their private cloud deployment is both robust and viable to operate by itself, and then compatible with outward extensions into the public cloud as needed. “That,” Verdugo says, “makes the system truly flexible and ready for hybrid cloud deployments of the future.”