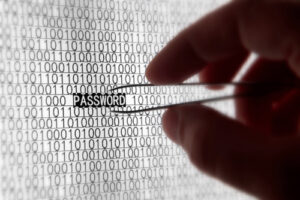 
Smartphones, with advanced computing ability and connectivity, have dramatically changed the computing landscape. Smartphones run complete operating system software that provides a standardized interface and platform for a large number of applications in the marketplaces such as the Apple App Store, Android Market, and Amazon App Store. Android Market is the most popular app store among commercial developers. Google Play is the premier store for distributing Android apps. Users can easily and quickly download new apps and games. This popularity of smartphone applications has drawn the attention of attackers. There are several demonstrated Malware attacks on the Android platform. Studies indicate that the number of malicious applications in app repositories has increased with increasing the rate of downloading apps. Therefore, Privacy and security of apps are important issues for smartphone users.

According to new research by University of New Haven’s Cyber Forensics Research and Education Group (UNHcFREG), “anyone who uses the affected applications is at risk of confidential data breaches. Depending on the app, user locations, passwords, chat logs, images, video, audio, and sketches can be viewed by people invading the user’s privacy”. Moreover, Ibrahim Baggili, assistant professor of computer science at UNH’s Tagliatela College of Engineering stated that “although all of the data transmitted through these apps is supposed to go securely from just one person to another, we have found that private communications can be viewed by others because the data is not being encrypted and the original user has not clue.” Unfortunately, most smartphone users believe that downloading applications from the app repository is risk-free or secure because of existing security controls in the app repository. Hence, majority of smartphone users ignore security messages during application installation due to the lack of security awareness. Therefore, educating users and enhancing their knowledge about the security practices is paramount. “They should learn to run security tests on their own”.

Although several security companies have introduced some security solutions for smartphones (e.g. anti-virus, firewalls, rootkit detectors, intrusion detection system (IDS), and other useful tools) that can be run on the smartphone and smartphone user can take these applications in online market, they cannot prevent attacks from inside caused by using implementation error or user unawareness. They can only prevent attacks from outside like malware. Therefore, users should adopt other security mechanisms to enhance security of their smartphone.

Jeon et al. (2011) conducted a study on smartphone security called A Practical Analysis of Smartphone Security and introduced three ways to keep smartphone secure. They are as follows:

In addition, application developers and smartphone users should adopt cryptographic technology (application and APIs) to enhance confidentiality and integrity in smartphones. In line with this idea, Baggili suggests that “the app stores should have enforced standards for personal messaging applications that enforce developers to use encryption on those apps.”