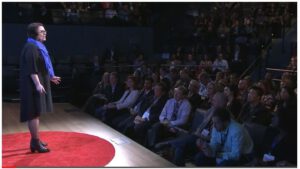 In a deeply moving TED talk about the importance of critical thinking when dealing with data, big or small, Susan Etlinger reminds us why it’s important to think twice before assuming anything, even when backed up by data. Inevitably, morality comes into play too. As more and more problems, including perhaps fundamental ones, are tackled by data, it’s easy to see why.

Consider this: if data tells us that bombing a foreign country will save more lives than it will erase, should we strike at once? Of course not, but what if it’s a research facility or a weapons factory?Let’s move, however, to something more prosaic – and slightly less frightening.

Doing ‘something’ with data

Cities like New York and Washington launched so-called ‘app contests’ where developers took the city’s now-open data and made apps out of it. Sounds good, but the first app contests didn’t produce anything of value as cities didn’t specify problems that had to be solved. So the developers came along and created a lot of cool, not necessarily useful stuff. Even the magnificent Trees Near You, an app that shows people the trees near their smartphone and that came right out the NYC BigApps competition, has long gone defunct. Only recently cities have become more prudent in making such app contents, whereas beforehand the prize money went right down the drain.

The trouble is, when you have so much data, it simply becomes tempting to do something, anything with it. While the topic of TED is still fresh in your memory, you probably remember Ken Robinson’s talk about what education needs to be. It is debatable in many respects, but it’s wrong in interpreting data (particularly as concerns the ‘Ritalin epidemic’). Just like the cities, Robinson wanted to do something with the data, but in this case it was something in particular.

Risks to the public

Even though Big Data can be and is utilized in areas such as healthcare, mapping crime and, well, to generally improve people’s lives, it’s evident that an increasingly digitized world needs us to set firm boundaries about what we do and don’t do with Big Data. It has confirmed, for example, that it’s good to, say, give homeless people housing. But what if it wouldn’t?

“Facts are stubborn things” indeed. In face of budget considerations, there’s a risk to slip into a queasy state of semi-contentedness when we don’t do something that’s right because data confirms that it costs more to do it. This isn’t limited to the public sector, of course. Laying off hundreds of workers has an immense social impact, but you can’t argue with the free market, especially if it’s coupled with love for numbers.

People should not give up on Big Data. It can and does improve, sometimes save lives, like in the case of sophisticated weather forecasts, or predicting possible landslides at Rio de Janeiro. It’s just that progress should be made in small increments, involving the faculty of reason above all, but feeling as well.