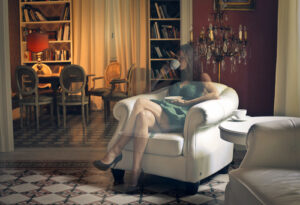 Wearable tech is becoming increasingly ubiquitous in the way we approach our lives. The launch of Apple’s smart watch, officially announced in September, promises to launch all gadgets that are ‘wearable’ into the consumer mainstream. No longer are we limited to devices that primarily revolve around fitness and biometric monitoring – now wearable tech promises to change everything from the way we conduct ourselves at work to the way we sleep.

Of course, with the growth of the industry comes the inevitable design wars. Apple won round one with the iPod, and almost every subsequent round since – but that doesn’t stop companies trying to out-design each other, with the quest for the perfect tablet screen size, ideal smart phone thickness and best colour for MP3 players seemingly never ending.

Perhaps, though, there will be an end to it. As Samsung and Apple spend 2014 bickering over who thought of the ‘rubber band bounce back’ idea on a phone screen and smaller companies battle to increase their product range of wearable devices, there is already changes happened deep inside the Research and Development departments of the technology behemoths.

It is now widely believed amongst experts and analysts that implantable, microscopic sensor technology will soon change our relationship with technology yet again. In fact, advancing sensor technology has already started to create an entirely new market – ‘invisibles’.

The key difference between wearables and invisibles is that wearables can be removed from the user. It means they can give information and feedback directly into a user’s grasp, but they cannot create intelligent and actionable data. They address the micro, rather than the macro – thus making them an important step on the way to something much bigger, rather than the ultimate destination.

It is apparent that ‘body computing’ is the future. The rise of invisibles will create a world where technology and their sensors go unnoticed – instead being seamlessly integrated into the human body. Already companies are working on projects where minimally invasive sensors are implanted into the human body, and a range of continuous biometric data is extracted and synced to doctors and hospitals. There is a belief in the pharmaceutical industry that invisibles will even be able to change behaviour by helping people adhere to new treatments and, therefore, create a better dialogue between care-givers and patients.

What does it mean for the design wars? It appears that to create invisibles, designers will have to stop trying to think about how to make bodies interact with computers, and instead think about how someone’s body can be turned into an extension of the computer itself. There needs to be either no, or significantly reduced, interact between person and device, ambient intelligence needs to feature, and there needs to be a better understanding of where the best overlaps for usage and habits exist. It won’t be easy.