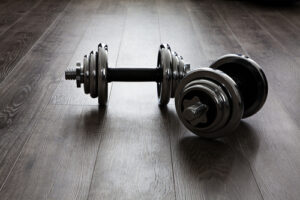 Are Wearables Bad For Your Health?

Are Wearables Bad For Your Health?

Wearables are supposed to be good for your health. Fitness bands, gym accessories and biometric monitors can measure everything from heart-rate to body hydration, and should theoretically be used to help owners improve their bodies.

So why does new research claim that wearables are, in fact, bad for your health?

The short answer is that doctors and scientists have claimed devices such as internet-connected glasses, smart watches and health monitoring gadgets all increase the body’s exposure to radio waves – adding significant amounts of harmful rays to people who are already accustomed to having phones, tablets and laptops in close proximity.

Given that according to Juniper Research, sales of wearable smart devices such as Google Glass, Samsung Gear Live, and the Apple Watch will more than quadruple globally by 2017 and will reach 116 million units (compared to an estimated 27 million this year) – should the growing health risks be taken more seriously?

The answer is a resounding ‘no’ according to Fitbit. The maker of the fitness tracker says doomsayers are scaremongering, and that with most wearables using Bluetooth technology – which emits much lower levels of radio frequency than smartphones or other Wi-Fi-based devices – the risk is negligible. A company spokesperson for Fitbit said their devices even use ‘Bluetooth Low Energy’ which “is a lower power technology than classic Bluetooth typically used in headsets, and operates at powers dramatically lower than cell phones”.

She went on to add that Fitbit, along with many of its competitors, have an output that is so low that the Federal communications Commission (FCC) does not require them to be tested for Specific Absorption Rate (SAR) – a measure of the rate at which energy is absorbed by the human body when exposed to RF radiation. She points out that laptops, phones and tablets all have to pass very strict SAR tests before being released to the general public.

Of course, it is debatable whether the oft-stated theory that cell phones can increase your risk of cancer is even true. A study of 360,000 cell phone users in Denmark recently concluded that there is no increased risk of brain tumours based on long-term use. Meanwhile Health Canada, a Federal department that advises Canadians on health issues, has published guidelines based on scientific evidence that “determined that low-level exposure to radio frequency energy from Wi-Fi equipment is not dangerous to the public”.

Some are not convinced though. Hugh Taylor, Chairman of the Department of Obstetrics, Gynaecology and Reproductive Sciences at the Yale School of Medicine advises caution. “My warning is that we should be particularly cautious in pregnant women”, he said. “I worry that wearables may increase our total exposure. All that radiation will be adding up. Wearables are something you’re more likely to keep on your body, so you’re more likely to have a sustained close exposure”. He claims foetuses exposed to radiation from their pregnant mothers’ wearables can develop behaviours such as hyperactivity, poorer memory and ADHD. There is yet to be any recognised research to support his claims, however.