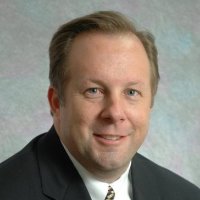 A new partnership between IBM and Apple promises to make apps more sticky and responsive. Speaking at the IBM XCITE 2014 conference recently in Singapore, Tim Greisinger, IBM vice president for its Smarter Cities arm discussed the shortfalls of current apps and the potential for this marriage of industry behemoths moving forward. The trouble with apps, Greisinger said, is that most mobile users use them once and then uninstall them, reflecting an obvious disconnect between the user and the product.

IBM hopes to capitalize on its size, as well as a ramped-up relationship with Twitter, to bring the power of Big Data to the app world. IBM hopes to pair this with the wide acceptance level and consumer experience enjoyed and nurtured by Apple, to deliver apps that address needs and pain points within an industry or situation, that are powered by IBM big data, and which have been purpose-built for the mobile arena instead of co-opted or reverse-engineered from the desktop world.

This is a significant development given the increasing importance of apps in ecommerce and mobile, as well as the current battle for market dominance being waged between iOS and Android devices, where the differences in apps and app functionality are disappearing and are being replaced by increased competition in the way the devices help a user do what they want to do: iOS largely through tactile ease (such as finger swiping), and Google through an ongoing attempt at anticipating the user’s next need before the user even knows what that is.

Ecommerce is becoming the battleground for the deployment of sophisticated apps. Powered by big demographic data, each of the major players is seeking to get closer and close to the consumer, making purchases easier and more satisfying, by placing everything from price comparisons to order forms directly on the user’s smart device. As Jason Spero, vice president of performance media for Google, told WSJ Online recently, “We’ve created new ways to think about search for mobile, like including a click-to-call button. For advertisers, we have proximity-based bidding, the idea that you can bid based on a radius around your store, your restaurant or your hotel…The more we can do to help brands […] bringing the customer along the purchase process, the better job we can do helping the brand get the conversion.

As for IBM and Apple, an official statement from IBM headquarters describes the partnership as “a powerful extension of [the] existing MobileFirst portfolio” and “a response to the world’s ‘historic shifts [in] data, cloud and engagement at the level of individuals. IBM sees this shift as something that will define the migration of value in our industry, and shape the agenda of global business.”