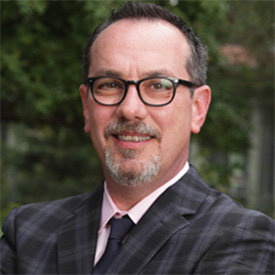 Monetization of the Internet of Things

Monetization of the internet of things (IoT) is one of the most exciting and challenging issues facing the industry today, so we spoke with Brendan O’Brien to learn more.

Brendan is the Co-Founder of Aria Systems, who are one of the leading innovators in recurring revenue management. He has written regularly pieces for tech publication ‘Wired’, looking at issues as diverse as the importance of the IoT and how capital is disrupting it, and is also a well-known public speaker who has recently given talks at Salesforce.com’s Dreamforce 2014 Conference and CTIA’s MobileCON.

1) What are the key challenges facing monetization of IoT?

Firstly, there is the initial challenge of absorbing the massive data IoT devices are expected to generate, which is necessary for accurate analytics of a customer base and wise go to market strategies.  Secondly, the mind-set of the IoT world remains largely centered on the devices themselves, despite the fact that the real monetary value lies in the recurring service potential those devices are enabled; it’s the old hardware vs. software mind-set clash all over again, and getting people’s minds attuned to focusing on the services rather than the devices is still a challenge.

2) What is the potential from the monetization of IoT?

3) At what speed is the monetization of IoT growing?

It’s happening today, but it’s still relatively slow.  Despite studies that say 40-50% of enterprises are already embarked on some kind of IoT strategy, my anecdotal experience says it’s far lower than that in truth.  Most enterprises are talking about it, but so far few are doing much that’s material.

4) What sectors/industries are best placed to take advantage?

Connected cars, home automation and security, and wearables are the prime movers today.  But I’d say that healthcare as a sector is probably the one that is the most ripe to take advantage of IoT capability.  The same could be said for utilities.  Unfortunately, healthcare and utilities are two sectors that are notoriously slow to move, so it’s not surprising that, despite the promise IoT holds for those sectors, there isn’t massive movement in either of them just yet.

5) How did Aria become a leader? When did you recognize the potential?

Among Aria’s enterprise customers are IoT services in the automotive, home security, and healthcare industries.  We built our system to be able to handle the far more complex world of usage/consumption billing (in addition to the far simpler subscription billing model), and that capability was a primary reason for being selected as a vendor by the companies I’m referencing.  If we know one thing about IoT, it’s that it produces a huge amount of data about the customers using those devices and you can’t effectively monetize for the customers without being able to manage that data.

6) What are the positives/negatives of monetization?

If monetization is thought out correctly, and if businesses wisely adopt systems and processes that aim to future-proof themselves against monetization models that are fundamentally different than what they may go to market with initially, then the outcomes will be positive.

Negative outcomes will result from one or both of two miscalculations: Either putting too high a focus on the monetization of the enabling IoT device itself (rather than the recurring services that device provides access to), or ignoring the necessity to keep service-related monetization overly simplistic – for example, locking the business into simple-subscription-only models.

7) What can companies do to prepare their businesses for IoT?

Most importantly, embrace a big/massive data strategy right now.  That strategy should keep a few important points in mind, however:

Firstly, make sure the huge amounts of consumption data generated by IoT devices/services are reflected directly in whatever system is used to manage billing and customer care.  Keeping that data in a separate platform only will prevent valuable insights into customer behaviours, and will self-limit the enterprise when it comes to adopting creative consumption-based (or even partially consumption-based) monetization strategies in the future. These will be necessary if the enterprise wants to stay nimble to retain or expand market share by a fickle customer base in a highly competitive environment.

Secondly, don’t presume to know in advance exactly what kinds of consumption data may or may not be important for either understanding your customers’ behaviours and/or offering a monetization strategy to your market. One thought exercise I often put in front of people is to imagine an IoT-based lawnmower. The enabling technology is already there and is easy enough to go to market with for both you and your competitors, but when you first go to market with that lawnmower how can you know whether your customers will prefer being charged a simple monthly fee, versus being charged based on yards the lawnmower travels, versus hours spent mowing, versus how much power is consumed, versus blades of grass cut, etc?

Such models may seem silly at first, but the reality of constantly changing paradigms and the constantly increasing need to be creative with monetization strategies coupled with the fact that IoT devices are clearly capable of making all of those measurements (and more) compels the wise enterprise to start out by saying “measure it all and link it all to my account holders” out of the gate.  It’s all about being humble enough to admit that you never know what your future market will demand and making sure that you do everything now to be able to react quickly as market conditions change, which they most certainly will.

8) What role will mobile devices have in the IoT?

Arguably, mobile devices ARE the IoT. When we talk about IoT we are simply talking about more and more specialized mobile devices.  But if, when we say “mobile devices”, we are talking about smartphones and the like, the clear truth is that they are and will remain our primary user consoles for all things IoT going forward.  This is a clear reality today.  One company I love is The Tile App which offers an easy to use service based on small IoT devices (“tiles”) that provide GPS-based tracking for anything you might lose – for example, your keys, bike, purse etc. The entire service is managed via an intuitive iOS app and is a perfect example of the marriage between a purpose-built IoT device/service and a mobile-device management console.  There are countless other similar examples and there’s no reason to believe that the model will be going anywhere soon.

9) What are the wider challenges of the IoT?

In a word, standardization.  But when I say that, I’m not limiting the concept of standardization to purely technical concerns.  Those concerns are real, given that we continue to live in a world where many standards are very vertically focused (i.e., tailored to specific industries like healthcare or utilities or telecoms), and where the data security models we employ to this day continue to be based primarily on standards that were “bolted on” to other communication standards (for example, the way SSL was bolted onto HTTP to form HTTPS).  Lots of smart people are working hard on developing next-generation, IoT-focused standards to solve for the purely technical challenges, and we will certainly have at least a de facto “winner” at some point.

However, with the flood of massive data en-route thanks to IoT, and the necessity to share that data across heterogeneous providers in order to more fully realize the true promise of IoT, there are also challenges being presented to the standard practices of businesses themselves. Imagine an IoT-based wearable that can detect adverse health conditions in the wearer. Now imagine that that device detects an elevated heart rate in the wearer while they are far from home, maybe in a different country. Ideally the IoT promise is fulfilled of that wearable could, for example, immediately dispatch a local ambulance service, providing them with the wearer’s condition and location, pull the wearer’s medical records from their primary healthcare providers and push that to the EMTs en-route, notify a nearby hospital of all of this, maybe even contact the wearer’s emergency contact with all of this info, or the wearer’s health insurer to get advance approval of the claims that are going to result. There are lots of players in that drama, and the barriers to making all of that work can’t be dependent on pre-built business alliances among them.

The utopian situation is that all of that stuff simply happens, no matter what brand of wearable device began the chain and no matter where the wearer happens to be. We’re a long way from that, but the technical barriers preventing it today are secondary, in my view, to the business-related challenges in a world that today is dependent on silo-ed on pre-built partnerships and alliances.

10) Things to consider and ways to approach the monetization of IoT?

In short, and I’ve mentioned both of these things several times already but they can’t be repeated often enough, two things:  Firstly, always regard an IoT device as an entry point to monetization rather than a direct source of monetization.  The power and money and customer loyalty and customer “stickiness” will be in the recurring service behind the device, and providers would be wise to lower the device-based barrier of entry as much as they can in order to get to that service-based monetization as quickly and easily as possible.  And secondly, fully embrace the consumption data those devices enable, tightly knit it to your billing and customer care system.  You simply will never know whether or not that data will ever be directly important to any future monetization strategy you might need to adopt, and it has massive value regarding customer behavioural patterns even if it doesn’t ever directly influence a line item on a bill.

By Daniel Price and Brendan O’Brien