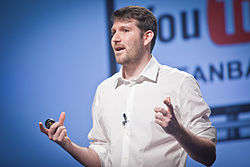 Does the Personalization of the Web Create an Information Bubble?

Personalization In The Cloud

As websites like Facebook, Google and Amazon become more and more personalized, there’s danger to be engulfed in a stream of information that corroborates a person’s worldviews and filters out findings or stories opposed to them, to become trapped in a so-called ‘filter bubble’.

Internet activist Eli Pariser, in his book of the same name, examines how Google search results are biased even for persons who have a similar outlook. Two friends of his searched for ‘BP’ at the time of the Deepwater Horizon oil spill in which British Petroleum was involved. Due to personalized results, one got links to news stories, the other investment information. More alarming still is the following: he saw that Facebook, seeing as he clicks leftist political links more, gradually shut his conservative friends out of his feed.

We can see something similar in Google autocomplete results. Begin typing a ‘Why do…’ question and you’ll see, statistically, the most common questions asked in the English language, perhaps catered to your region and past searches, but on the whole accurate. What’s interesting is that autocomplete can act not only as an easily-accessible repository of human fears and biases, but also, in some way, reinforce the prevalent stereotypes when people search for something. At least up until now, I wasn’t aware of the number of stereotypes that game up in search results.

But there’s quite a lot to say against this view as well. To begin, we are all trapped in a filter bubble of sorts. ‘Tell me who your friends are…’ goes the saying. The same applies to the newspapers you read and websites you visit. It’s quite possible that visitors of CloudTweaks see themselves as liberal, and we don’t need Wolfram Alpha to know that The Huffington Post is catered to people with political views similar to our own.

Secondly, even if Facebook filters out views opposing to yours for the simple reason that this way you’ll be encouraged to devote more time to the social network, contrary to what one might expect there’s some cross-ideological talk on the internet you wouldn’t find elsewhere. Twitter users have been found to be clustered in a network of like-minded people, but it doesn’t presuppose that the content they’re exposed to will not link or at least discuss opposing views. As for autocomplete, the effect is simply too small.

It may be true that this ‘filter bubble’ pervades the very fabric of media, but there’s just so much information on the web that it seems unlikely for an internet user to be trapped in the equivalent of the three major television networks. On the other hand, even though the remark was meant to be reassuring, it’s somewhat disconcerting that Google themselves “[..] actually have algorithms in place designed specifically to limit personalization and promote variety in the results page.”