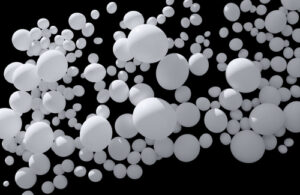 Project Loon – From Wi-Fi to High-Fi

Although the Internet appears universal and omnipresent to those who use it, the majority of the world still lacks access to it, due to many factors, including economics, terrain, political instability and straight-up poverty. A handful of high-profile Internet giants is setting about changing that, by changing the way the Internet signal travels: instead of putting it underground, they are planning to put it much higher up.

Google, for example, is planning a second test flight of its balloon-based system, this time over western Queensland in Australia. According to the Australian Associated Press, Google will work with telecommunications company Telstra to test-fly 20 balloons in December, as part of its “Project Loon.”

The helium balloons will eventually circle the globe on stratospheric winds, transmitting 4G-like signals to homes 20 kilometers below. Telstra will supply the base stations, as well as radio spectrum space.

A project of the Google X lab, Google hopes to connect an estimated two-thirds of people who are presently unwired by circulating a ring of balloons across the Earth.

The Project Loon announcement joins those of other high-profile technology developers who are exploring other methods of achieving – or at least contributing to – the same goal: to provide low-cost Internet access to much of the world that lacks it. Other plans include low-earth orbit satellites, 700 of them, each weighing less than 250 pounds, launched by a division of Space-X, owned by Elon Musk.

Google, too, is working on a satellite program, and Facebook, in March 2014, announced its explorations into “drones, satellites, and lasers to deliver the Internet to everyone.” There is, of course, big money to be made by bringing potentially billions of people online to become diehard users of Facebook, Google, EBay and Alibaba, and this is something that another big player, Microsoft, is not ignoring.

Their chosen route, or at least one of them, is also skyward, using the “white space” available between the channels on the broadcast television spectrum. White space operates on the 200-300 MHz spectrum, which has a range of up to 10 km. This compares with the 100 metre range of WiFi. Their initiative is to piggyback Internet signals onto these gaps in the television signals, opening up large areas of India to the Internet, and a parallel Microsoft project is also underway in Kenya.