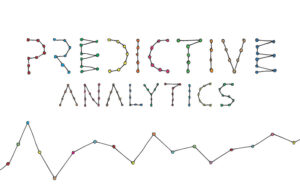 In a much-discussed tech San Francisco tech conference, Workday, an on-demand software vendor for human resources and financial asset management, announced new Insight Applications that, inter alia, bring predictive insights to HR tools. In the new suite of tools such as expense controls, aggregated talent listings, as well as additions to the core functionality of the application, Retention Risk, which does exactly what its name implies, is the most interesting. The app identifies the risk of top-level employees leaving and suggests possible solutions, like career paths or leadership training.

… to their tools was made possible for Workday through the acquisition of Identified, a San Francisco tech company, this February.

Previously, they say, they didn’t have enough qualified data analysts that would be able to come up with such complicated algorithms. The Insight Apps are to be made available for the general public some time next year.

How can this be achieved?

Although the exact algorithm of the Retention Risk app is, of course, kept secret, what’s known is that the company couples historic performance data from within the system with that of outside sources like job listings, LinkedIn profiles and so on. In doing so, they can come up with at least a representative answer to whether an employee will be tempted to look for a job elsewhere.

This empowers HR professionals to convince those at the top of the chain of command to give salary raises or offer different career paths and such like incentives, whereas previously they had little to no information to back up their claims. The apps themselves, by the way, seem so simple as to have an extremely gentle learning curve. (They can be seen in an abridged news announcement video from the conference.)

How employees will look at such tools remains to be seen. Retention Risk is perhaps the more welcome addition–a different app, for example, predicts the employee populations that are most likely to exceed their travel expenses. In other words, they’ll sniff out the people whom employers would be least likely to want to send to a conference. Then again, it’s not like the people on the top will ask their employees permission to use Workday.

Those who otherwise wouldn’t have been promoted will probably enjoy these innovations in their Workplace. On the other hand, we can probably expect less killer apps from disillusioned former employees, because they somehow get promoted every time they think the time is ripe for leaving.