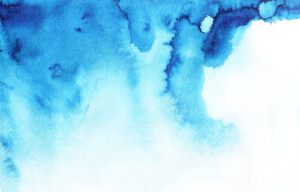 Personalization is a very effective marketing tool–the most successful entrepreneurs use their data to great effect to segment their marketing efforts, with the best going as far as to segment down to the very individual (think Amazon suggestions). Where it’s used just for the thrill of it, personalization provides awesome experiences, like apps finding the right neighborhood for you to live in, recommending you some cool music, new human connections, and so on.

However, these services and apps have to be very careful as the thing they’re dealing with–human personality–is nothing short of a minefield. For example, it’s innocuous, even if wasteful, if a vegetarian gets shown an ad for a steakhouse (well, depending on whom you ask), but you’ll be facing a uniquely enraged client if networking algorithms suggest adding the lover of their ex-spouse to their friends list. Not to mention that the client might not want to be personalized at all.

When personalization fails, why does it?

Often, personalization misses the mark because life is more complex than the developers had anticipated. If the code is not at fault–it is if ads tell you, “Find the best deals near Your_City”–it can happen because of unused data (the vegetarian has this preference in her profile but the devs didn’t use it); or perhaps the data is overused, like in cases where people get ads for treatment clinics after looking for cancer symptoms online. But sometimes, the trouble lies not in the data, but in the delivery.

The latter was the awful case when Facebook’s Year in Review–an app that turns your Facebook highlights into a year-long, illustrated narrative–showed web consultant and writer Eric Meyer a picture of his daughter, who had passed away earlier in the year. Many people, like Eric, simply didn’t want to see, not to mention use the service, but the developers didn’t anticipate this fact. Facebook’s Year in Review didn’t work for everyone, and the devs got so much flak precisely because the service was offered to everyone–a little choice would have saved a lot of bad publicity.

To conclude, even though personalization is used to great effect in marketing and helps developers create great services, as websites and services become catered to the individual it turns into a struggle for developers to ensure that no one will suffer, inadvertently, from the way a service or a website handles things. Meyer already acknowledged in a later blog post that this kind of error is all but unavoidable and that good people make it. But perhaps, instead of seeing this as an inevitable tradeoff, as many do, it should be seen as a problem to be solved.