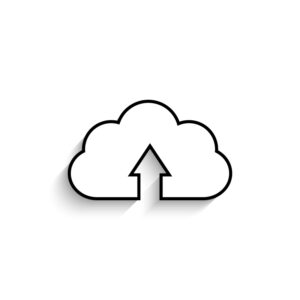 Hightail and the High Cost of Storage

Petabytes don’t come cheap. High-volume file transporter Hightail found this out recently and have chosen to switch providers to keep pace. Based in San Francisco, Hightail started life as YouSendIt, a service that allowed people to send large files, usually in the multi-megabyte size, that were too large for regular email servers. A sender sent a link to the recipient who was then able to download the file: a type of FTP for non-techies.

New CEO Brad Garlinghouse renamed the company Hightail in June 2013, to be more attractive to business customers and to better connote speediness. In addition the company expanded to offer storage and file management, and claims “40 million registered users across 193 countries and 98 percent of the Fortune 500.”

Doing the heavy lifting for the rest of us means finding places to store the data. Prior to the name change, and while its user base was around 20 million, the company used high-performance GRIDScaler parallel file system storage solution from DataDirect (ddn.com), which helped handle its 70 percent annual growth rate. By November 2014, Hightail’s storage needs were growing at more than one petabyte per month, and they turned to Chicago-based Cleversafe (cleversafe.com), whose web object storage (WOS) service offered scalability at a lower price, due to its primary mandate of storing unstructured data.

A petabyte is 1024 terabytes, or one million gigabytes. A more fascinating description of a petabyte is provided by Gizmodo, which describes it as 13.3 years of HDTV content, which equals approximately 58,292 movies, which on a principle of one large pizza per movie, would be congruent to 52 tons of pepperoni pizza. A petabyte is also equal to 20 million four-drawer filing cabinets filled with text, and 20 petabytes is the amount of data processed by Google each day.

Although DDN also offers WOS, Hightail opted for the Cleversafe Dispersed Storage (dsNet) system, which, according to its press release, provides cost-effective scalability as well as savings in administrative costs.

The choices made by these high-volume providers reveal a glimpse of the size of the thing that average consumers call “the cloud,” along with an awareness that the amount of storage needed by the world will continue to grow exponentially.