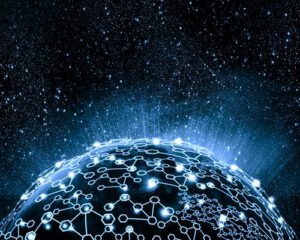 Personal Space And The Internet of Things (IoT)

The Internet of Things (IoT)

There is a long time concept of the personal area network or PAN. For all intent and purposes this is the maximum distance a Bluetooth device can move away from the host and still be functional. As I read the many wonderful pieces on the explosion of IoT and wearable technology I started wondering.

I’ve published concerns about bandwidth here on CloudTweaks before. Is there enough bandwidth to support everything? The core concepts of the wearable and IoT movement are the concept of connection. Connection to a device (watch or other) that you can then interact with regardless of where you are or the device is. In essence you create a personal cloud or as stated before a personal area network (PAN).

With that being said, what happens when everyone has a wearable system? Sitting in your car, your personal IoT cloud wouldn’t be impacted unless there were a bunch of people in the car. Then there would be an interesting saturation point. That got me thinking – what is the saturation point for personal area networks? Wearable Devices or IoT send out pulses. You can control the stay alive pulses but you can’t eliminate them.

Effectively, every device you wear or every IoT device you install has a bandwidth requirement (staying alive and reporting). That isn’t bad when you are in your car by yourself driving home or driving to work. But in the end it is a finite amount of bandwidth you can consume.

For example, if you have a PAN that has a total of 10x bandwidth available where x represents the data rate supported you can very quickly figure out how many personal wearable devices you can have. Let’s say for sake of argument that every device takes 3x of the 10. You could safely wear 3 devices without having to worry. Except that isn’t the problem. In the end it’s how far does your PAN extend? Let’s say that every Personal Cloud or Personal Area network extends exactly 48 inches from the person with the PAN’s body. That means on a Friday night heading home on the subway if the car is packed with people those networks will begin to bleed into each other.

So more people pack into the space and the networks blend more and more. Your device loses connection and suddenly moves from connected mode to trying to connect mode. A train full of devices trying to connect in a place where networks converge would create a saturated network and that would literally pass from PAN to PAN. Every network has a limit and in the end PAN’s are networks. The wearable reality of the IoT is that at some point we will run into a saturated network.

One train full of saturated networks wouldn’t be bad. 100 trains probably still wouldn’t be bad. But there is a limit and now that I am thinking about it, I wonder what that limit actually is. Do I get to count the distance my devices connect as part of my personal space in the future? Or is the real end game for the wearable/IoT world each of us carrying a router and a switch to better manage our personal area network traffic?