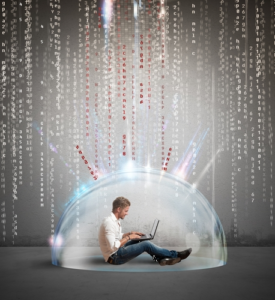 How To Keep A Cloud (And Your Data) Inside Your Borders

The Cloud And Your Data

One of the greatest challenges for companies considering a move to the cloud is in its very global and seemingly borderless nature. As an Internet-based technology, it is easy to assume that any data sent from A to B can take any one of a thousand paths, routed through cities and countries according to the whim of the network itself. But for many organizations this is not good enough. Compliance and intellectual property laws affect a number of industries, and require, among other things, that data will be stored inside the country in which the company or department does business. Any violation of these laws can have severe consequences.

Yet at the same time, cloud deployment represents an economic and highly versatile method of storing data, communicating with clients and operating mission-critical applications. Economic and reliable, yes, but where is it all, exactly?

The people at VMware are addressing this challenge with the VMware vCloud Air Network, a global collection of almost four thousand hybrid cloud and IaaS Powered service providers located in more than one hundred countries, who can deliver hybrid cloud expertise to a local client base, and with it, the assurance of locally-stored cloud data; a concept called Data Sovereignty.

Built on the VMware vSphere virtualization platform, the VMware vCloud Air Network seeks to introduce a level of validated quality and reliability through this global network of partners.

This approach addresses a concern that has been held by IT managers and CxO’s for all the years of the cloud’s existence: allowing both data and the activity of IT to leave the four walls of a company’s place of business. This speaks to a traditional mindset that keeping things in-house makes them safer. This sometimes has to do with the fact that when computers and network systems are physically resident in-house, it is easy and somewhat reassuring to walk into the server room and see all the blinking lights. However, this is no longer as possible as it once was, given the cost of acquisition and maintenance of computer systems, plus the people required to run and upgrade them.

Ongoing security is also an issue. Keeping a network safe from Malware, hacking, DDoS attacks and similar threats is a full-time job which requires constant vigilance. Numerous organizations that have outsourced their data and storage needs to cloud providers have done so in order to delegate the responsibility to reliable, certified people who not only make it their business to understand the technology, but who also understand the industry, the laws, as well as the country, culture and language in which the client operates. This becomes one of the benefits of using globally-dispersed Service Providers. The client can meet them and talk to them. They are nearby.

It is important to recognize that the comfort in knowing a company’s data is safe within the borders of its home country doesn’t limit itself to the static storage phase. Transit between points is equally crucial, which is why the VMware vSphere virtualization platform allows for easy movement back and forth between a company’s own virtualized environment and its hybrid cloud environment, all the while being able to account for its paths of travel.

It is these types of innovations that allow IT managers the chance to sleep a little better at night, knowing the cloud holding their data is hovering nearby.

This post is brought to you by the VMware vCloud Air Network.