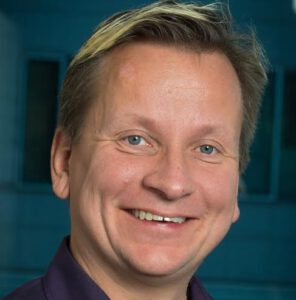 New Year’s Resolution #1 for any cloud IT deployment manager in 2015 ought to be that the user name/password alone must go.  High-profile breaches that exploit username and password-only authorization systems are becoming all-too-frequent events.   The Syrian Electronic Army’s attack on the Associated Press’s Twitter account that caused a 136 Billion dip in the stock market used a spear phishing scheme where employees enter their user names and passwords onto a fake Web site to obtain passwords. So, too, did an eBay intrusion in May 2014 that was also attributed to spear phishing.  And while the details about the November 2014 Sony breach are still unclear, multiple reports indicate that system access ultimately occurred via compromised admin accounts.  (Having a file folder titled Passwords clearly didn’t help either.)

What can cloud IT teams do to minimize the risk of careless disclosure of access credentials to a spear phishing attack?  One answer is to make it impossible for the user to divulge that information, unless the gun is pointed at the users head.

Confidential resources or high level access privileges should have an authentication method associated with it that is impossible to disclose by accident.  Typically these approaches involve multi-factor authentication (MFA) and range on a continuum from one-time-passwords to PKI.  The concept received a boost recently when Microsoft baked multi-factor authentication directly into the Windows 10 operating system, making it as consumer-friendly as possible in hopes of encouraging users to move beyond passwords.

If an enterprise is running a service containing confidential information, with administrators spread all over the globe, and where end user ease of use is required,  it’s best to implement adaptive authentication, where authentication strength matches the confidentiality or access level of a resource.

For applications where payment or high-value information is exchanged, such as in banking,, One-Time Passwords (OTP) are an option enabling a single transaction or entry into a session.  They’re certainly better than weak passwords, but you can still fool a user using a fake web site and using the OTP acquired from the user to access the legitimate resource.

Is Certificate Based Authentication a possible key?

At the other end of the spectrum is mobile PKI.  If users’ credentials are stored in a tamper resistant environment (Secure Element), even the user can’t view them. When the authentication process begins, the request is sent to the secure element using a second channel (mobile network), and the request includes a clear text part to be signed “Sign in to salesforce.com.” The request is signed by the private key residing in the secure element using a PIN code associated with the key (not the mobile phone PIN).   As a result the system cannot divulge this information, even by accident.   Should someone wish to compromise the whole chain, they would have to have access to your computer, mobile network operator systems as well as your mobile phone OS core functions. Or steal your phone and ask for the PIN code at gunpoint.

It’s time we retire the 50-year old username and password-alone approach to cloud security and move to better approaches to identity relationship and access management.   They exist, they’re readily deployed and proven, and they represent perhaps the best lesson of recent hacks for organizations of all sizes.