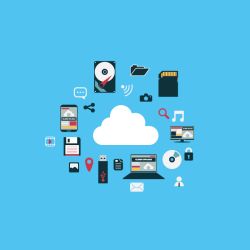 Solving Standardisation of the Internet of Things

Standardisation of the Internet of Things

We’ve often noted on this blog that one of the biggest short-term problems facing the growth of the Internet of Things is compatibility. Too often manufacturers are using their own standards and protocols, resulting in a slew of high-tech, useful devices which are unable to communicate with each other. All that could now be about to change thanks to tech giant Samsung.

Samsung’s chief Executive BK Yoon used his opening keynote speech for CES 2015 in Las Vegas to promise more than 0m in funding for developers and to create an open system to try and kick-start an Internet of Things revolution.

The company sold 665m devices last year, many of which already have internet connectivity; Yoon promised that by 2017, 90 percent of those devices would plug into the IoT ecosystem, and 100 percent in five years’ time.

It’s not surprise that Yoon wants to see some progress. The Internet of Things has made many grandiose promises over recent years, but was recently identified as the most over-hyped technology in development by research firm Gartner. They predicted the IoT was “five to ten years from actual productivity”, saying the concept is currently at the “peak of inflated expectations”.

Gartner said the IoT biggest hurdle was a lack of standardisation in the area, with employee Hung LeHong commenting that “standardisation (data standards, wireless protocols, technologies) is still a challenge to more-rapid adoption of the IoT. A wide number of consortiums, standards bodies, associations and government/region policies around the globe are tackling the standards issues. Ironically, with so many entities each working on their own interests, we expect the lack of standards to remain a problem over the next three to five years.”

Yoon will hope Samsung’s significant $100 pledge doesn’t try add to the growing numbers of tech firms working to their own interests, but instead makes significant and notable progress that numerous companies and developers can agree on.

Samsung temporary solution to this problem is SmartThings, a company that it bought in August 2014. SmartThings makes a smart home hub that works as a translator – it’s compatible with a number of different smart home standards and is able to make them work together. It’s a really nice solution for the moment, but it’s ultimately inelegant.

What do you think of Samsung’s pledge? Is this the kick the IoT needs, or is it a publicity hunting stunt?