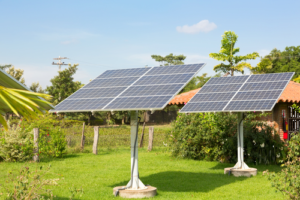 The internet of things revolution continues to march forward unabated. As cars, fridges, healthcare, and fitness industries all fall over themselves to take products to markets, one sector which has gone relatively unnoticed is that of waste and waste management. While the internet of things might not literally be able to take out your garbage for you (yet!), it can certainly help make the whole process considerably more efficient.

One such example of waste management that is being revolutionised by the internet of things is trash collection. Picking up rubbish and recyclable material from publicly-available bins on street corners, in parks, or on various campuses is very resource-intensive – workers have to drive collection vehicles to every collection point – regardless of whether or not they are full. A rubbish bin that could tell collection crews when to empty the different bins could save a lot of fuel and work hours for both companies and local governments.

Commercial waste company ‘Bigbelly’ is behind the trash can revolution. The company won the People’s Choice Award for top Smart City Application at the 2014/15 Internet of Things Awards, and the rubbish units have much more grandiose plans than simple managing trash.

At the ceremony they said they “Think of each waste and recycling unit as a self-contained power plant to which applications and appliances that measure foot traffic, air quality, radiation levels and more are easily attached. Its connectivity can be expanded to offer free Wi-Fi to residents. Think urban development, public safety, and broad communication for the public. Some of these ‘ideas’ are already in the works with pilot programs underway…”.

Their idea works by combining the IoT technology with solar power to create “smart” trash and recycling receptacles. Adding sensors and compactors to commercial trash cans allows them to send real-time data about their “fullness” to web or smartphone apps, so waste haulers can make those collections at the time they’re needed. It means service routes can be created on-the-go to maximise efficient use of workers and collection trucks resources.

It comes as no surprise to learn that thousands of these units have now been deployed globally. Solar-powered trash compactors made by Bigbelly are a familiar sight on the streets of cities such as Amsterdam, Boston, Chicago, Dublin, Hamburg, New York and Stockholm. Indeed, the company said it ended 2014 with more than 1,500 customers on its account list — in 47 countries. That’s roughly 30,000 bins worldwide. Each unit has a capacity of up to 150 gallons, more than four times the capacity of a traditional 35-gallon on-street rubbish bin – meaning collections are needed less often in the first place, before any fancy tech becomes involved.

It’s undoubtedly a tidy and rapidly growing solution to the problematic waste of labour, energy, and material in traditional rubbish collection. But what do you think? Do you think smart bins are a step too far, or are they one of the more logical uses of the IoT?