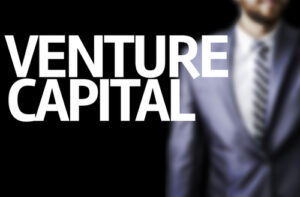 Venture Capitalists’ Growing Interest In The Internet Of Things

Investors, even venture capitalists, can be a cautious bunch. While they may have a reputation for throwing money at a sector or industry just to see what sticks, the reality of their approach couldn’t be further from the truth. As we reported back in August last year, venture capitalists have been using big data for a long time to spot their next investment, but now the time to actually invest in the technology they are using appears to be edging closer.

As markets for wearables, smart TVs, connected cars and the smart home begin to mature, the venture capitalists are sensing the time for them to take the plunge is ripening. “The connected car and home are as big an opportunity as the connected phone,” said Venky Ganesan, a managing director at Menlo Ventures. “When the iPhone came out in 2007 we had a difficult time seeing all the things that would emerge out of that platform. Similarly, it will be tough to envision and predict all the innovations that are going to emerge out of this platform, but I am sure they will and it will be equally transformative”.

Ganesan’s observations are reinforcement by the reality on the ground. Undoubtedly a shift is taking place; increasingly investors are thinking less about hardware and more about software, infrastructure and security – the primary enablers of the internet of things. As Gartner expects the IoT market to double in the next two years and almost triple in the next three, the challenge for potential investors becomes when to ‘place their bets’, rather than if.

Dominate Fund Managing Partner Ben Parr is less cautious, and believes that it’s not too early to get involved. “I think we probably will make our first investment this year,” Parr said. “We know companies have trouble getting traction and getting prices down … but there will only be a small set of winners and we want to be one of them”.Jason Krikorian, a Partner at investment firm DCM is cautious. “The points of connectivity are proliferating”, he said, “but it’s imperative that all these devices and systems work together in a way that is comprehensive”.

As we’ve discussed before on CloudTweaks, this lack of standards and interoperability is one of the biggest challenges facing the internet of things and wearable tech over the next two years. It means competing formats such as Bluetooth, ZigBee, HomeKit, Iris and SmartThings aren’t likely to converge this year, making investment bets complicated to time. Eventually one may emerge as the ‘winner’, but with the current market that is almost impossible to predict.

What do you think? Are you an investor? Would you put your own money into some of the smaller start-ups and young companies who have a chance to become the leader in Wed 3.0, or is the market still too immature and the risk too great?